Kelela: 'It’s a weird relationship that Americans have with race'

Ahead of her Auckland show, rising R&B star Kelela tells Yadana Saw about America’s weird relationship with race, that's at the “forefront of every interaction” yet no-one is addressing this great contradiction. 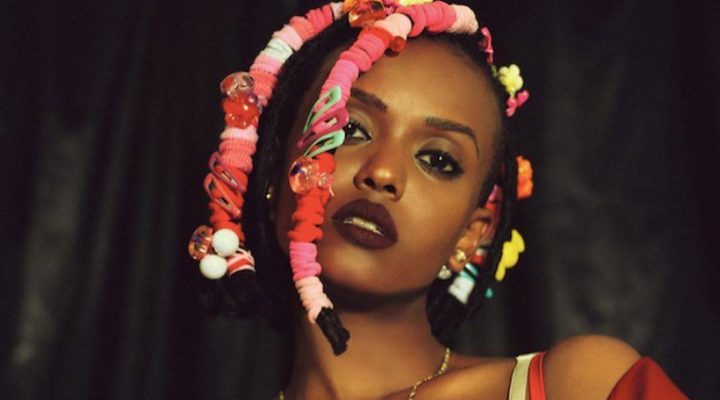 Kelela ticks all the conventional boxes of an artist in this genre. She’s sultry, she’s sexy, she hits her notes exactly how we like our R&B. And her latest release Take Me Apart she boldly covers sexuality, love and heartbreak.

She’s also in with the high church of contemporary R&B.  Having been a featured vocalist on Solange Knowles’ politically-tinged A Seat At My Table, and back in 2013 was included in Solange’s Saint Heron compilation.

Kelela fulfils the prerequisites for the genre further by being the right ethnicity - she is a black woman, but it is here that she quite staunchly departs from the R&B stereotype.

For even though what she sings about is very personal, her music is “a very political thing".

"I’m choosing very carefully and methodically while also trying to go with something that feels good, you know, and that feels right."

Kelela has been a musical magpie, spanning different scenes and sounds in search of her sonic comfort zone.

As a child she was accepted into the Duke Ellington School of the Arts, she’s sung jazz in her local cafe scene, been an up-and-coming voice in grime and dabbled in electronic music.

But it was when she was deep into the metal world courtesy of a past relationship that the personal and political collided leaving her feeling “pigeon-holed’, “judged” and misunderstood when meeting new people.

“I told them that I was a singer... they would judge and assume what I could and couldn’t do, what I would and wouldn’t be into and be interested in exploring.”

Kelela says it made her feel like her contribution and difference was not welcomed or supported.

Kelela has a unique vantage point into the race politics of her birth country.

Born to Ethiopian parents in the USA it places her both into the racial quagmire of the Black African American experience, but also the more nuanced outsider’s view that may be referred to as “non-american black” (see Chimamanda Ngozi Adichie’s novel Americanah).

This feeling of in-between gives context to Kelela’s quest to find her sound. But in that searching its underlined who and what she is in the world.

For Kelela it’s “problematic to separate those two things.”

Yet she feels liberated by talking about the lived experience of racial politics in the United States.

“We experience race at the forefront of every interaction, there is a way that no one is addressing it.”

“It just becomes really hard to get to the bottom of things because the fear of [white] people being hurt. So it’s a weird relationship that America and Americans have with race, where it is the most-used marker to figure out how you’re gonna interact with people, while also being the thing you are least-interested in exploring verbally.”