It was another banner year for the influential British minimalists after their third album I See You signaled a livening up of their sound and attitude. Tony Stamp talked to singer & bass player Oliver Sim. 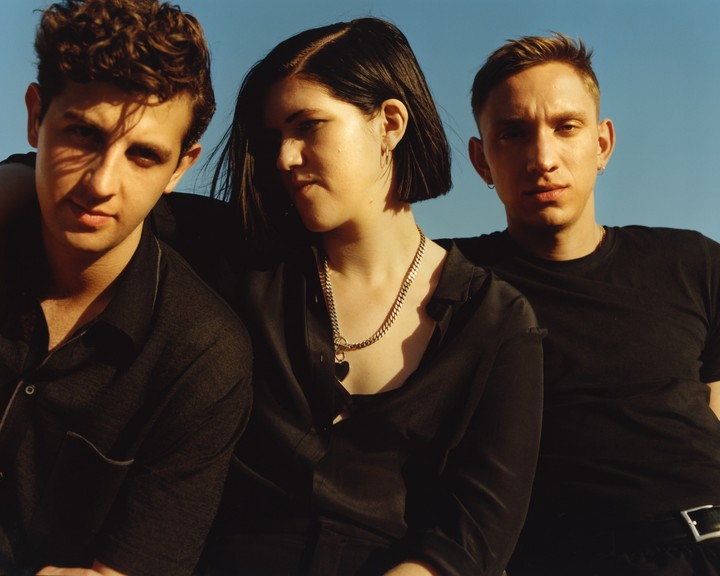 Tony Stamp: Congratulations on I See You, it’s a beautiful piece of work. We’re nearly a year on now from the release - how are you feeling about it all?

Oliver Sim: I feel good, especially having this moment at home. I’m actually able to reflect, ‘cause when we’re constantly moving, it’s hard to get a grasp on what’s going on and what’s happened.

But no, I feel proud, and happy with how everything’s gone.

I’ve read some interviews with you where you were reflecting on coming down from that high after the release of Coexist and the first record. You were insinuating that you struggled to come back down to earth. How are you finding that process?

Well I’m a lot older and kind of more well equipped to deal with it, but it is a real crash back to reality after finishing a tour. Especially Coexist which went on two-plus years.

It’s been nice, I’ve made sure to realise that all of what we’re doing is a passion - it’s not my job. You know? When it starts tilting towards that direction that’s a bad, bad day.

So yeah, tried to get back home, be creative, get to as many exhibitions as possible, read, and kind of catch up with normal life.

Casting your mind back, I saw you guys play here in Auckland in 2010-

I’d heard the first record, and I was a fan, but no one really knew too much about the band at that stage. I vividly remember watching you guys and appreciating how minimal the performance was, and how attentive the crowd was.

Back at the inception of the band, was it a sort of leap of faith on your part to keep these songs so restrained?

It was funny, when we started promoting that first album, lots of people were complementing us on the simplicity and the restraint. And you know, those were things that… we had no idea that’s how the music was coming across because they were kind of happy accidents.

So it was hard to take credit for a lot of what people were saying because it wasn’t all intentional. You know, we were just learning to play our instruments when we were making that first record and we weren’t very confident so it didn’t make sense to make this huge sound.

Over time it’s become a lot more considered. But it was an odd experience hearing people’s thoughts for that first record.

I remember thinking it must have put so much pressure on you as performers when there’s not this huge wall of noise to hide behind. You guys felt very exposed in a way.

I remember that Laneway tour we did with Florence. She’s a good friend, but I look at her and think ‘you were born to do this. This comes so easily to you’. And that is the complete opposite of us.

We started gigging because we felt that was the only way to get our music out there. None of us are born to be on the stage. It’s taken a long time for it to not be… you know, painful! (Laughs)

Yeah, just the crippling nerves! Now, over a long period of time it’s become something that I love to do, and I feel a lot more relaxed. I can kind of play with the idea of performance. But it’s really taken a long time.

And you have over the years resisted the urge to, say, add a touring drummer or something like that. Have you had to work that little bit harder to put on a performance?

You know, this album I See You is an absolute response to Coexist, because Coexist was the first time we made a record knowing we had an audience.

I love the record, but the experience of making it was kind of tough. Because we’d heard what people liked about us, and it was a case of holding onto that, and even pushing it further.

So what came out was an even sparser record than the first. And then when it came to touring it, we were playing quite big stages, and the subtleties in the music weren’t coming across on these big stages, so we had to amp it up a bit more, or exaggerate parts.

And I won’t lie, a lot of that technical side falls on Jamie.

If you ever have a chance to really see the stage, Jamie has a complete like, city of instruments and equipment at the back of the stage, which he’s darting between. It’s amazing to see.

And then what fell on me and Romy is I suppose, performing. Really trying to push through the fear quite a lot.

What we were playing by the end of that tour was drastically different. It had become a lot dancier and a lot more vibrant.

The impression I get is that you started writing I See You once the Coexist tour and a bit of time off was done. What you’re saying about the songs getting more vibrant and dancier - it sounds like that did bleed through into this new record.

Yeah, definitely. One clear objective we had was to embrace our love of pop. You know, ‘pop’ isn’t a dirty word to me.

Romy spent a lot of time in L.A. doing pop songwriting for other people. She came back to the studio with this weird, almost mathematical knowledge of what a pop song should be. Which we didn’t always use but it was great to know.

Is that one of those things where they’re encouraged to write in groups?

Yes! It sounds terrifying, because it’s taken me a long time to get the nerve to write in the same room as Romy, and she’s one of my oldest friends!

I’m very fascinated by it, but it also does sound quite soulless. This kind of very strict formula. It’s equally fascinating, and kind of off-putting.

Jamie put out In Colour, and entered a new phase as a producer, and a knock-on effect of that seemed to be that there is this new prominence of the samples used on this record. Was there a moment that he presented this idea to you as a band?

No, it was actually kind of hard for me and Romy to get Jamie to bring some of In Colour into this album, because he’d spent a year and a half promoting that album by DJing. And after a year and a half of making people dance, he wanted to do the complete opposite.

So there was this kind of reverse push and pull of what people might expect, but me and Romy desperately trying to get that out of Jamie.

So we kind of met in the middle.

Yeah. It was a scary thing to do. Not to go back to Coexist again, but our way of making that album was to shut ourselves off from the outside world completely, and that’s just the wrong way to go about it, because it got so insular that we lost all perspective of, you know, ‘is this good?’ (Laughs)

So we knew we didn’t want that claustrophobic atmosphere again. So we let people in. It wasn’t always sunshine and rainbows, but it made a lot more of a happier atmosphere.

Were those guys giving constructive feedback, or was it more just the act of playing it to someone that was the key thing?

They did. But even if they didn’t, having someone else in the room really lightened things. You can suddenly kind of listen through their ears and you’re like ‘oh I can hear this now!’

But yeah they did. Especially Kieran.

I feel like he could be this pop Svengali if he wanted to, but he just doesn’t.

There seems to have been an effort on your part as a band to project positivity, both in the vibrancy of the record, but also in photoshoots and things like that. You seem to have made an effort to appear happy.

Yeah, it is deliberate, but we are in happier places. A lot of the darkness and appearing to be moody people in the first two records was just absolute shyness. Kind of like deer in headlights. It was all very alien to us. Like, we are quite happy people.

I have a quote from an interview you did with The Fader. You said “our writing is like a queer space. We avoid gender, we avoid sexuality, we avoid time and place, so people can have that room to connect and set their own ideas to it”.

It’s a beautiful sentiment, and I don’t want to challenge it at all, but it did make me think that things like gender and sexuality seem to be really fertile ground for writing songs. Do you feel like you’re shutting yourself off from that in a way?

It’s funny, I’ve been writing, and I haven’t hung on to that. I don’t necessarily stand by that as much anymore. I think people can still make their own ideas but I also think there are certain people that would particularly connect and appreciate hearing gender specifics.

I don’t think I’ll carry on with that, but I’m glad we had it for those records.

So that was applicable to all of the first three?

Yeah. I think it was also just fear of putting myself out there.

You say you’ve been doing some writing recently, is that work on album number four?

The xx play The Trusts Arena, Auckland on January 11th 2018.