DJ, writer, and book peddler Kiran Dass reviews the music books she's enjoyed the most in 2017.

This is my book of the year. We've seen a wave of stunning autobiographies in the last couple of years from strong, independent, singular woman musicians and this is the best yet.

This is an invigorating, revealing and clear-sighted insight into the fascinating career of an influential, groundbreaking and inspiring artist who has always remained at the cutting edge of popular culture.

Airdrie Dreamin'! David Keenan has bloody cracked what nobody else has ever managed to achieve before - write a great rock novel.

This is Memorial Device Photo: supplied

A grubby psychogeography of outsider culture and post-punk, this is a bold and energising love letter to small-town Scotland in the late 70s/early 80s and the miscreants, misfits and broken arsed punks who inhabited it.

While Airdrie is a long way away from New Zealand, this feverish novel which is presented as an immersive oral history is extremely relatable to the experience of coming of age in New Zealand and discovering a love of music.

A fascinating overview of the primitive working-class music of skiffle, the British interpretation of American folk and blues which formed the foundations of rock & roll. Music made by teenagers, for teenagers, skiffle was a thrilling, revolutionary music which brought together improvised, rudimentary instruments like the washboard, jugs, cigar box fiddle and tea-chest bass (which was basically a broomstick stuck to a tea-chest).

In an engaging and accessible style, Billy Bragg charts the impact skiffle had on Britain's youth and popular culture. 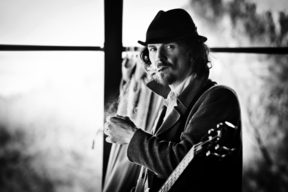 Playing the Bass with Three Left Hands - Will Carruthers (Faber)

So brilliant! This memoir from the Spacemen 3 (and later, briefly, Spiritualized) bass player takes you right into the space-fried zone in which this music was created.

Considering Spacemen 3 is known for their singularly searing one-chord gospel noise blues, it's unsurprising this rollicking and hilarious memoir has more than a few acid mashed tales.

From his days working in a sheet metal factory in Birmingham making screws to be used in space, to the band's minimal-is-maximal recording process and live shows, this is an entertaining crack-up. 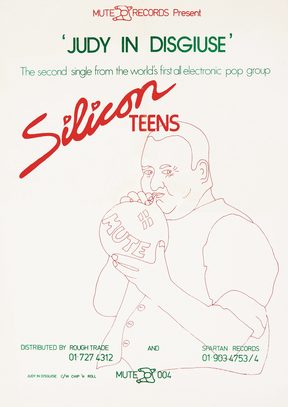 A ravishing “coffee table” styled book, this is a largely visual tribute to the great independent record label Mute Records.

Inspired at the time by the DIY spirit of punk rock but not much of a fan of the music, Daniel Miller of The Normal (famous for his stunning single 'Warm Leatherette', later covered by Grace Jones) found the increasingly accessible and affordable Roland and Korg synths inspirational.

Rather than having to muck around learning chords to play the sped up rock & roll which punk rock essentially was, you could just hold your finger down on a key and an interesting sound would come out. This is perfect for the DIY indie music lover in your life.

I'm Not With the Band: A Writer's Life Lost in Music - Sylvia Patterson (Sphere)

This book really elevates the rock memoir and is right up there as the best example of the genre. It brings together insight, personal experience and music criticism.

Aged 20, Sylvia Patterson joined Smash Hits as a staff writer during its heyday in the mid to late 1980s when it still sold a million copies a fortnight (!).

Patterson is an excellent writer and storyteller. Her writing is super witty, sharp, irreverent, and this is a great insider's account from a music journalist. It's super juicy, there's heaps of gossip, this is a real hoot.

Related content: listen to Jesse Mulligan's interview with Sylvia from when the book first came out last year