Jonathan Densem: 'You just have to go for it'

Christchurch music teacher and father of two Jonathan Densem has inoperable brain cancer. This year he fulfilled a dream of recording his debut album at Neil Finn's Roundhead Studios.

Jonathan, 48, says he was feeling 'weirdly sick' for the best part of the year before seeing a neurologist.

"He said 'You're having minor seizures… we'll just put you on some pills and you should be right. But we just better check and have an MRI'."

Three months later – on the last day of 2015 – Jonathan had the scan and was told the doctor would be in touch with the results the following week.

"Forty-five minutes after we got out of the room my doctor's on the phone saying 'Could you please present yourself at the emergency department now because you have a tumour the size of a kiwifruit in the front of your head. And it's big enough that it's crushing one side of your brain and could cause a grand mal seizure."

Jonathan was told that without treatment he'd have been dead in six weeks, but with treatment, the average life expectancy is about nine months after diagnosis.

Getting the diagnosis was "strangely exciting", he says.

"'Cause suddenly it's like 'I've gotta do what I've gotta do… now. There are no excuses for not doing anything. Nothing is gonna get in the way. You just have to go for it."

As a kid, Jonathan knew every single note of every Beatles song.

"I used to stand there and play every guitar solo note for note on the tennis racket."

He wrote his first song in 1992 while flatting in Auckland – a song about a trip to Cape Reinga which is on the album.

When Jonathan performed his songs occasionally, people would ask when an album was coming out, but he'd always thought it would be too hard to make that happen.

"Suddenly it was like 'Stuff those barriers, we just have to get it done'.

"If I hadn't had cancer we couldn't have legitimately gone on Givealittle and said 'Dying man wants to record his songs' … which is what we did, basically." 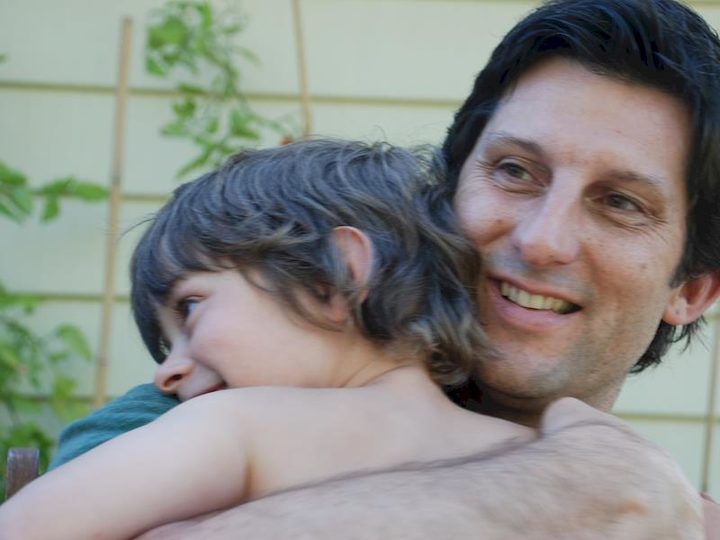 Jonathan and his wife Emma raised almost enough money to record the album at Roundhead Studios.

Going there is like entering Aladdin's cave, he says.

"You're on Newtown Road and you close the doors and it's like… silence. Persian rugs on the floor, chandleiers, Steinway pianos, and if you're really lucky you get to look into the cavern of Neil's guitars and the desk where Bat Out of Hell was recorded."

Jeremy McPike was the boss of Roundhead at the time.

"I needed someone who was from rock'n'roll, who could take this potentially indulgent singer-songwriter stuff and turn into a record that's easy to access … I wanted to make sure that was something you could hear the first time and go 'Oh, that's a good song'.

Producer Greg Haver put the band together for the album – himself as drummer, Mark Hughes on bass, Ben King and Tom Healy on guitar and Steve Small on keyboards.

The band gave him scope and came up with things he'd never have dreamed of, Jonathan says.

"It was amazing what they did, they just brought so much to it."

While 'Beautiful Girl' is about his wife Emma, the story in the song isn't how they first met in real life – that happened when they were babies at playcentre.

Jonathan says they saw each other around at university, but never spoke until ten years later when they were both enlisted to perform with the Christchurch Symphony Orchestra.

"I went up to her and said 'Hi, you're Emma'. She looked up and she said 'Remind me...?' We got married three months later."

Another song from the album – 'Love Lives On' – has become the theme song of the White Matter Brain Cancer Trust, the first ever New Zealand charity for brain cancer.

Brain cancer kills more people under 40 than any other kind of cancer, including breast cancer and prostate cancer – "the ones with their own ribbons" – Jonathan says.

There is no cure, but he has heard of people living 25 years after diagnosis.

"Hopefully we'll back in a year to talk about another album."