Last night’s sold-out Auckland show was the first of three the English trio Alt-J are playing in NZ. RNZ Music’s digital producer, Alice Murray went along to check it out. 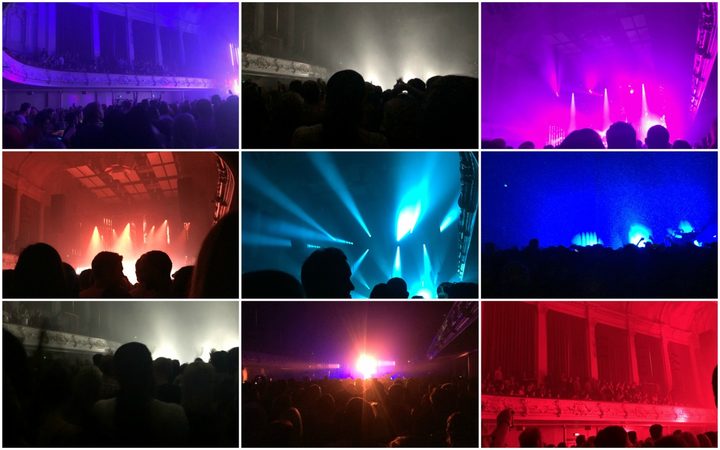 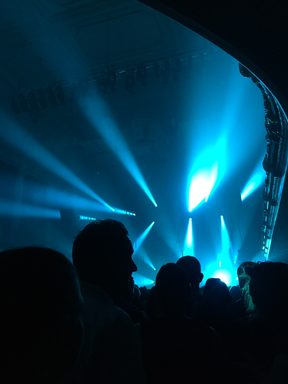 I’m short, so I’m used to having a limited view of what’s happening on stage. Last night I couldn’t see a thing (I literally glimpsed the drummer’s arm, like once), which was my own fault because I arrived late.

But the lighting was incredible. There were these huge rods hanging from the ceiling and sticking up from the stage, which alternated between being illuminated by other lights and doing their own thing.

There was also a bunch of massive spotlights at the back of the stage, which lit up in spectacular fashion throughout the show, bathing the Great Hall in colour.

The band themselves weren’t really lit at all, they were almost like negative space among the alternating white and rainbow-coloured splashes. Part of the set.

Everybody at the gig was LOVING it. They knew all the words and cheered really loudly between songs. There was enthusiastic dancing even at the back of the hall.

Related: Alex Behan chats to the band about their latest album and impending visit to NZ

I was pleasantly surprised by the level of excitement being displayed by a group of 30-something Aucklanders on a Tuesday night. Bless them.

When the band played their hit ‘Matilda’, the crowd literally started singing from the very first bar. It was an unexpected moment which showed these guys were clearly massive fans. It was a pleasure to be a part of. 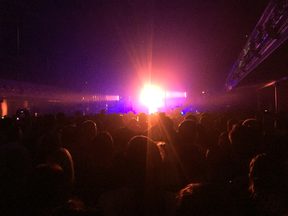 Also, there was a guy with a t-shirt saying, “Mince: so versatile.”

The drummer was great. I could only see his arm, but he sounded very good. His playing was made even better by the excellent sound at the Town Hall and the fact that, for much of the show, the lighting was timed in with his beats.

I’d even go as far as using the word ‘epic’ to describe the drums in some songs, including ‘Fitzpleasure', from their first album An Awesome Wave.

Speaking of sound – it was really, really good. I even took out my RNZ issue earplugs because for once, at an Auckland show, it didn’t feel like my hearing was being degraded by the second.

It was just the right level of volume and an all the instruments had their own little pockets to sit in. Lovely. 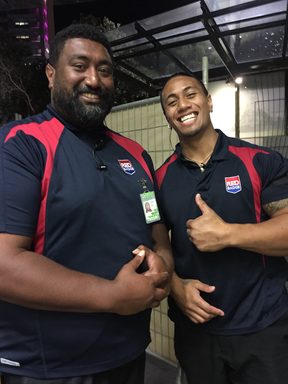 Entry was smooth and pleasant. Props to the Red Badge security staff who were professional and super friendly.

The Town Hall building functions well as a venue and had been set up well for the sold-out show. It was a smoothly-oiled machine from entry, to getting drinks (there was a queue but it moved fast), to nipping out for a fag – the smoking area looked delightful.

And of course, nothing can beat the Town Hall toilets – plentiful and a bit fancy. Made all the more enjoyable by the polite crowd who were holding doors open and throwing out ‘No, you go first’s at every turn.

The only weird thing about the venue was a faint smell of spilled RTD at the back of the hall. It was a sweet, almost tropical smell, like someone had poured Purple Goanna all over the floor. But that could have been more to do with the company I was with.

5. The band themselves (obviously)

There are three of them – guitarist and singer Joe Newman, the drummer Thom Green and the the keyboard player Gus Unger-Hamilton, who also contributes vocals. 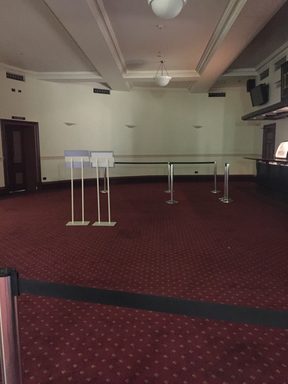 They played the bangers. Lots of back catalogue stuff: ‘Something Good’, ‘Fitzpleasure’ – from their first album, ‘Every Other Freckle’, ‘Left Hand Free’ – from their second album This Is All Yours. They gave the crowd what they wanted.

Their vocal harmonies were great – it’s weird, I often think of medieval music when I hear Alt-J, and last night was no exception. Very good singing though – in tune and again, made all the better by the fantastic sound.

Good banter from the band too. Great semi-posh English wit, they sounded genuinely happy to be there.

It was really fun dancing to songs you know, played really well in a cool venue.

The only slight criticism I’d give, is that after a while, all the songs do start to sound the same. This sentiment was echoed by a fellow punter over-heard in the smokers' area, who literally said, “They all sound exactly the same.”

I guess these stoned college kids really nailed it when they made this video then:

Alt-J are playing at The Auckland Town Hall tonight and at Wellington's TSB Arena on Thursday (sold out).