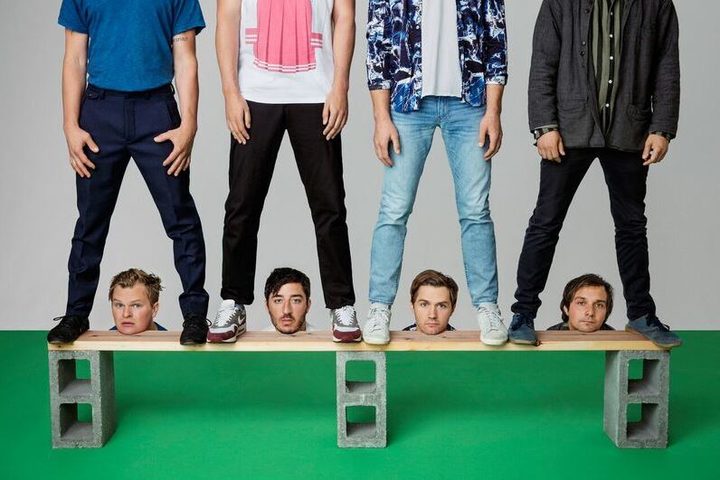 Ed Droste of Grizzly Bear is on the line from a hotel in Chicago.

It’s all going well, until I mention a New York Magazine profile of the band from 2012 that portrayed them as financially struggling. There’s a thudding silence down the phone line.

“Well first of all, that article was total clickbait, and we were fooled by it. We were told it was just going to be a profile of us as a band, and then he started asking questions about health insurance, and the square footage of our apartments.”

He laughs, mercifully, and I realise the interview is salvageable. Ed clearly doesn’t suffer fools, but he’s also quick to see the funny side.

“We’re not like, huge. We are fine. But it’s not like we wanted to do this record because of money. It’s not like ‘well, we’re broke! We’ve run out of our savings!’

“That said, we have to tour, and make music, and do it on a regular basis to live. And that’s fine, and I’m so grateful for it!”

Plenty of fans are grateful too. Johnny Greenwood from Radiohead has called Grizzly Bear his “favourite band in the world”, and Jay-Z and Beyonce were once spotted attending one of their shows.

This despite Ed’s own admission that their songs require ‘around five listens’ to really get into.

When asked why he thinks people are prepared to invest so much in them, he says “I hope it’s music that lingers with you in the long term as opposed to burning out really fast.

“We don’t deliberately try to make it that way. In fact it’s funny – to us, a lot of these songs feel immediately catchy. It’s just that, this many years into our career, I know that our music does not translate the way we hear it to the general public.

Ed affects a faux-Californian bro accent for that last part, then continues ‘in character’: “earworm!”

He chuckles, pausing to let me finish laughing.

“You know, with the whole short attention span culture that we live in, a lot of people just don’t even bother. What are you gonna do?

“You can’t force people to hang around and give it another spin.”