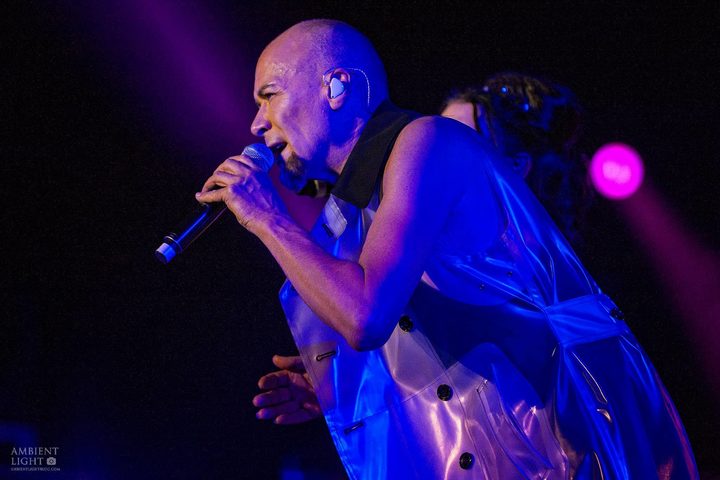 “I have seen the future of pop music, they are called the Human League,” announced David Bowie in 1979.

Creating futuristic synth explorations with a thrilling subversive edge, then later, the glossy, buoyant hook-riddled pop hits that they're known for today, the Human League are a huge success story: a group of avant-garde futurists who became one of the biggest pop groups in the world.

And last night, after four decades, they finally made it to New Zealand for a one-off show at Auckland's Logan Campbell Centre. 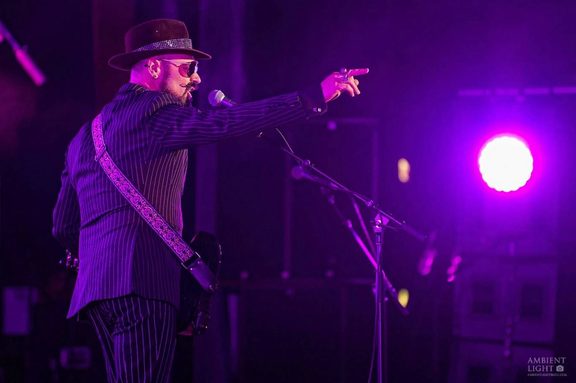 I've always been a sucker for 'Funky Town' and they looked like they were having as much fun playing it as they appear to in the original music video. They covered 'Nutbush City Limits' and Real Life's 'Send Me An Angel' – which the drummer had an electric crash cymbal especially for.

Logan Campbell was a hellish venue that evoked the clammy horrors of a high school gym. It was so deliriously, uncomfortably hot in there.

While I melted and my perfectly straight hair turned into an afro from the humidity, the Human League effortlessly glided out onto the stage looking impeccably cool, singers Joanne Catherall and Susan Ann Sulley like calm, glacial goddesses in floaty frocks and Phil Oakey looking smashing in a stunning, heavy silvery dress.

Their monochrome stage set-up of pristine, spruce-white Roland gear looked sleek. Oakey acknowledged the heat, looking behind him to make sure none of his band “has keeled over yet.” A nice lady from Christchurch was sat next to me. She said she had ten fans in her bag and kindly lent me one. 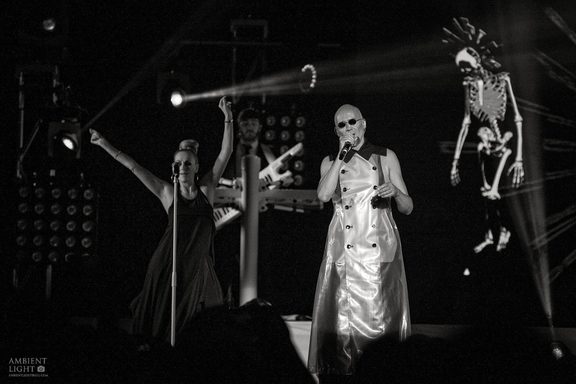 Opening with 'Sky' from 2011's Credo and the ebullient panache of 'Love Action' from the perfect-from-start-to-finish Dare, the trio, backed by a synth band launched into hit after absolute blinding hit including 'Open Your Heart', 'The Lebanon', Motown homage 'Mirror Man', Japanese synth innovators Yellow Magic Orchestra's 'Behind the Mask', 'Soundtrack to a Generation', 'Heart Like a Wheel' and the irresistible, smooth soft-focus soul of 'Human'.

For a band that was comprised of wobbly non-singer singers, they have developed into strong singers, hitting all the notes. Oakey seemed thrilled to be In New Zealand, saying, “you've been supporting us since the 1980s, you've made our lives!”

Highlights for me included the sumptuous and anthemic luxury of  'The Sound of the Crowd' and my favourite track from Dare, the sombre 'Seconds'. Belting out the gleaming 12” single version of 'Don't You Want Me' predictably got everyone on their feet, and saw an entire room of Kiwi accents chanting along.

But the real treat came towards the end. As a small kid growing up in Ngaruawahia listening to Human League records, diligently transcribing the lyrics of my favourite songs, I distinctly remember scratching my head over some of their abstruse lyrics: What are 'Krugerrands'? (From 'Dreams of Leaving') and, what the heck does 'sericulture' (from 'Being Boiled') mean?

In what is most likely the first and last time the word 'sericulture' will ever be sung in the Logan Campbell Centre, we were treated to a pitch-perfect rendition of the 1978 single 'Being Boiled' in all its sputtering funk, robotic and absurdist glory.

A legitimate Beatlemania moment for me. Closing with an encore of the jubilant Giorgio Moroder/Oakey collaboration 'Together in Electric Dreams', this was a synthtastic evening that electric dreams were made of. 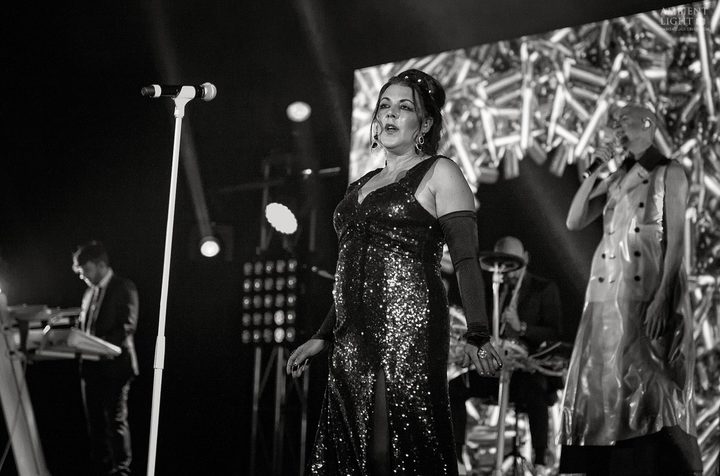