Troy Kingi and The Galactic Chiropractors live in session

Troy Kingi's new album Shake That Skinny Ass All The Way To Zygertron, has sent the hardworking musician/actor/dad into a high-concept psychedelic universe. Troy and his band The Galactic Chiropractors jam a couple of new tunes, especially for RNZ.

In this year alone Troy Kingi has won big at the Waiata Maori Music Awards; sung the national anthem at a Bledisloe Cup match; filled in as a kaihaka at Te Matatini; welcomed the arrival of his fifth child; and performed in Florida at the opening of Disney World’s new pacific-themed water park.

Oh, and he’s also got a couple of movies coming out before Christmas. “I just wished that translated into big dollars,” Troy laughs in a typically modest way.

“Everything you named is probably everything I’ve done this year. Most of the week I’m at home. I’m the stay at home parent, so most of the time I’m sorting out my baby or doing the washing, doing the vacuuming.”

What Troy refers to as the "singing and acting buzz" happens in the stay at home dad’s downtime.

"This is a holiday right now,” says Troy as he gestures around bandmate Mara TK’s lounge, which has been turned into a recording studio especially for RNZ's visit.

Mara was Executive Producer on the new album. Troy describes him as the 'space filter': "All the songs go through him and come out the other side sounding like they were supposed to."

It's surprising that they’re not laying down another album right here at Mara’s house - Shake That Skinny Ass All The Way To Zygertron only took two days to record.

Troy reckons he's “spent more time on this one,” adding, “Did I tell you I want to make an album a year for ten years? This is the second one of the ten.” 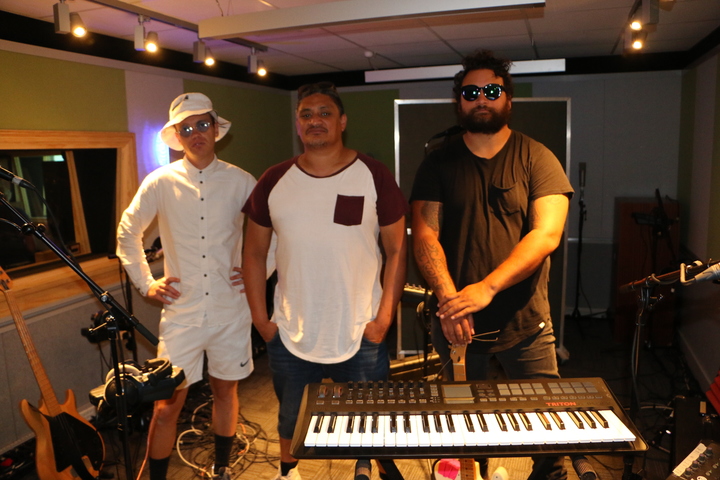 "[Shake That Skinny Ass All The Way To Zygertron] was initially supposed to be a kind of funk album and it ended up being a sci-fi 70s space psychedelic thing."

“No lie, I had this dream where there was this kid born with golden feet and that was pretty much the catalyst for the whole album.”

Troy’s galactic opus came to him during a family camping trip in Taupo Bay where he and his brother would 'go out to the beach when everyone was asleep ... and just stare up at space and come up with these backstories of these characters'.

"The songs would come out of those imaginative little korero,” though he warns, “Some of them go really far out there.”

“If I was to explain the whole album it would probably take about two hours,” he warns. It wan't until the end of recording Zygertron that he realised '[Zygerton] was actually Earth ... two million years in the future and it’s called that because people forget the name of Earth by then."