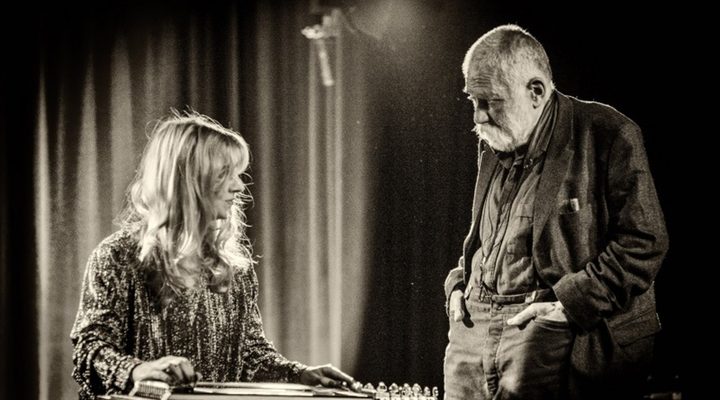 With a sound ranging from sensual to sleazy and with a volume range from mind-melting to gentle, improvisational duo Peter Brötzmann and Heather Leigh have a charismatic and striking dynamic of polarities that come together in a unique sonic collaboration.

After meeting for the first time at Glasgow's Tectonic Festival in 2015, the duo established their saxophone/pedal steel collaboration. To mark the release of their second album Sex Tape, they are in New Zealand for an extensive ten-date tour of the country.

Heather Leigh was born in Houston, Texas, but is now a Glasgow resident She's cultivated her own approach to the pedal steel – an instrument commonly associated with country and western music.

“Indeed it is quite a strange combination and to tell you the truth, when Heather first asked me to join her for the festival I didn't really have an idea what this funny instrument sounds like.

"But I think we both knew right away after our first concert that, OK, this is worth moving forward with and seeing where we can take the music,” says Brötzmann. 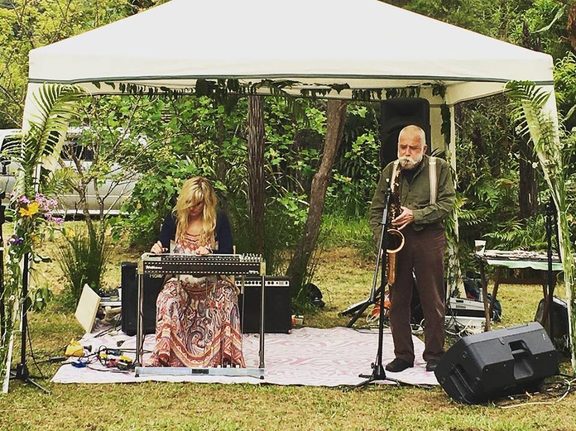 Sex Tape is a series of improvised pieces (each simply titled 'Sex Tape One,' 'Sex Tape Two,' and so on) where scorched blues rhythms meet sustained minimal riffs and tightly wound metallic squalls that shred through scales.

As Brötzmann says, the noise scale ranges from “0 to 100%.” Over 47 minutes, the compelling thing about the duo's sound is the texture and a kind of instinctive intuition for allowing each other space to weave in and out.

“It is improvised. We don't discuss what we are going to do but it has a compositional aspect to it. They feel like pieces to us when we play and I like that very much,” says Leigh.

Neither have had any formal music training. Leigh says any sort of teaching or training makes her bristle and feel shackled, and that her intuitive connection to her instrument is based on feeling.

Brötzmann grew up in an era of playing swing, Dixieland and bebop. “Quite badly, I'm sure! But I always wanted to do my own stuff.”

Leigh was introduced to the pedal steel by a virtuoso of that instrument, Susan Alcorn. Up until that point she'd been playing in bands using an array of various DIY handmade instruments, the bass and guitar (which she would play with a slide).

“The pedal steel was a natural way forward to really expanding the sound. I always really liked the movement between notes and it established a vocal sound to the guitar.”

Watching Leigh play the pedal steel, the sheer physicality of the instrument is apparent. Sound-wise it can sound staggeringly huge like a brutalising maelstrom. And physically, its long, it's wide, and she has to really reach across it to activate it. Travelling across the world and up down the country then, is a commitment.

“It can be a challenge. I am quite strong. I like to carry my own equipment and not rely on anyone else to help me. And sometimes at the end of tours, I really feel it!”