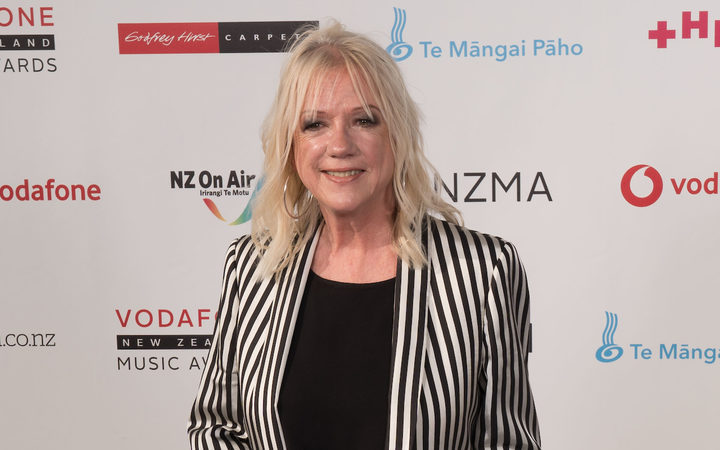 Sharon O'Neill on the red carpet at the 2017 VNZMAs Photo: Copyright Topic Photography 2017

Sharon O’Neill is the latest inductee to the New Zealand Music Hall of Fame. She became a household name penning hits like 'Maxine', 'Asian Paradise' and the soundtrack to Smash Palace.

The accomplished songwriter has also written songs for Jimmy Barnes, Robert Palmer and Dragon. Here, she plays us the songs that have inspired and moved her.

The year was 1980 and Sharon’s record company gifted her the latest musical device of the day: a Sony Walkman. Sharon recalls that Steely Dan’s Gaucho was the first cassette that played through the headphones,

“I would take the Walkman to Tahuna Beach, and play that album all the time.. a walkman, Steely Dan and a suntan, what more could you want?...“I just love it lyrically and it just sort of verges on lonely, and I can relate to that.”

Being the youngest sister by 8 years, Sharon’s older twin sisters had left home by this time, and though she “was used to being left alone”, the profound feeling of being the last child at home had come out in her songs.

Especially when her and sisters “used to sing together” as Sharon fondly recalls.

“We called ourselves the Moana Nightingales because we lived in Moana Avenue and so after tea at night when we did the dishes, Mum, Pam and June and me would sing some of the favourite things on the radio back then and it was lovely, you know, women time.”

Don Henley - 'The End of The Innocence'

Sharon recorded her smash hit Foreign Affairs album in Los Angeles, a groundbreaking opportunity for a New Zealand artist. It was an era where the local industry was only just beginning to resource original material by homegrown talent.

Foreign Affairs, was produced by John Boylan - the man who “basically put The Eagles together originally to be Linda Ronstadt’s backing band”. For  Sharon, the “huge Eagles fan”, this more than a dream come true.

“We needed this harmony and my producer [John Boylan] left the room and came back with Don Henley and I couldn’t believe it. I nearly died on the floor. I had to take one headphone off so I could hear him acoustically in the room and I’ve just always been a fan...It was definitely one of those moments where it was “keep it together Sharon”

“I guess you could say he was a mentor of mine back then...The producer is so important and with someone like John even the key of the song was incredibly important...He called it a ‘cosmic note’ and you need to be taught that sort of thing.”

“When I played this album, October Road, and I heard this song I just cracked up, he has such a dry sense of humour...They’re suck quirky lyrics, you can’t help but think he’s a nutcase.”

Sharon isn’t so sure if she could write a song as funny as 'Mean Old Man', but she still tinkers on her piano and has “bags all over the house of half finished things and ideas, lyrics, all sorts of things. I’m a real bag lady in that department, I would probably have a bag in every room of scrap stuff.”

“This to me is so personal. He wasn’t greatly known when he did this album, so it’s an interesting take on it”

The writing in 'Old Man' is “an interesting approach, because you can see him in his cowboy boots out there with this old man that doesn’t want to leave the ranch and just kinda goes with the territory.”

Sharon especially chose the live version because of the “vibrato” in Neil Young’s performance.

“This song was written by Jimmy Webb and he is an amazing songwriter. She does this incredibly well...It is a difficult song to sing, that note she hits at the end is amazing...because she was always a soprano and then all of a sudden she discovers…her chest voice. You can hear when she transcends into that voice at the end of the song.”

Steve Earle - 'I Ain't Ever Satisfied'

“It’s a lot more up than the rest of the mixtape.” Steve Earle is “such a down home country boy. Great guitar player”.

On whether Earles’ 'I Ain’t Ever Satisfied' is statement that she lives by, Sharon laughs, “Let’s not look back, let’s look forward.” 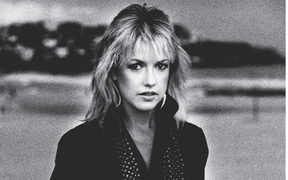 The trailblazing musician who paved the way for performers such as Jenny Morris will also receive this year's Legacy Award at the Vodafone New Zealand Music Awards in November. Audio, Gallery

In the early 80's it was impossible to pick up a music magazine, or a woman's publication with reading about or seeing a photo of Sharon O'Neill. Today we feature "Words", her 1980 album, and the… Video, Audio