Christchurch band Breathing Cage won a controversial music award and made a classic album before breaking up in 1992. Twenty-five years later they are playing together again. 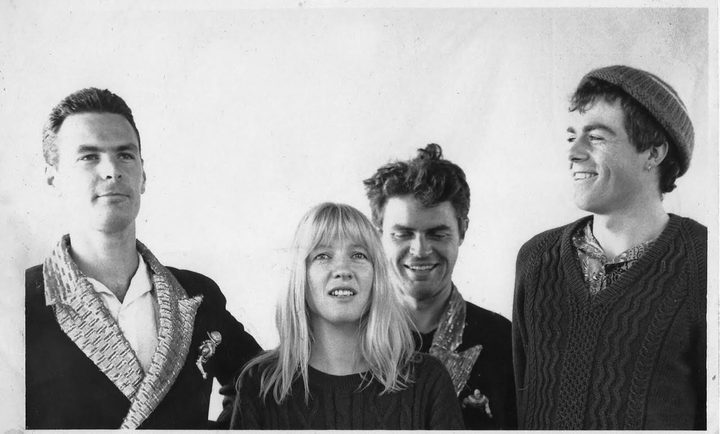 Jay Clarkson writes songs that get under the skin. Pretty on the surface, they dig down into the difficult stuff. Unflinching observations of the ways people relate to each other and themselves.

She spent most of the 80s developing her writing and performance style with several notable Christchurch indie bands, including The Playthings and They Were Expendable.

In those days before digital home studios, indie bands had few options when it came to recording. They could take the lo-fi D.I.Y. approach of The Clean and Tall Dwarfs, or try and scrape together enough money to go into a professional studio, where they often couldn’t afford to record more than enough material for a single or an EP.

So when Clarkson’s next band Breathing Cage won the 1989 Rheineck Rock Award, the monetary issue seemed to have been solved. Introduced in 1987, the brewery-sponsored prize provided one band each year with the budget to record and promote an album to a professional level. Breathing Cage won $44,000.

Listening 25 years later to Misericord, the album Clarkson and Breathing Cage made with their winnings it would seem to have been money well spent. Songs like ‘Memory Lane’, ‘Cheeky Wings’ and ‘The Man With No Desire’ are among Clarkson’s best and the arrangements sparkle, with bassist Michael Kime and drummer Gary Sullivan providing a solid yet sophisticated spine while guitarist Greg Malcolm splashes harmonic colours around Clarkson’s shifting chords.

Recorded in Auckland’s state-of-the-art Airforce, Misericord still sounds big and deep. So it’s strange to be reminded that at the time the award was given there were some mutterings of disapproval in the local music industry.

“Of course we are talking about quite a long time ago,” says Clarkson, “and the musical climate was quite different. There was some flak. We were dissed a bit by some other music scenes. Somebody made a comment, I think it was on Radio Hauraki, that we couldn’t even play in tune. They weren’t recognising playing atonal music in a song to give it that edge. But there was also a good reaction from many people.”

Did they feel a lot of pressure having won the coveted prize? “I guess. But we just got on. We had a lot of songs we wanted to record and just went for it. I don’t want to say too much about the recording process but it was different from what we were used to.

“I feel better about Misericord the album now than I did for quite some years. Most of the songs I can enjoy now whereas for a while there it just seemed overproduced.”

Despite having made a classy album, Breathing Cage didn’t last much more than a year after the album’s 1991 release. The fact that the members were no longer all living in the same city contributed to the split. Clarkson moved to Dunedin and eventually began a series of intricate if more low-key solo recordings, which have continued right up to 2015’s Spur. 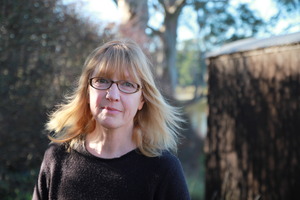 The seeds of a reunion were sown when guitarist Greg Malcolm invited Clarkson to play at a birthday event he was putting together at the Audio Foundation in Auckland. As a duo they performed Breathing Cage songs for the first time in decades. “We both really enjoyed it and… it was ‘hey, why don’t we get the whole band to do it at some point?’”

A Christchurch show in January this year would have been a full reunion, only Kime was unable to play due to an injury. But he’ll be there, along with Sullivan, at the two Wine Cellar gigs in Auckland this week.

I wondered what it was like for Clarkson to revisit the old material. Was it difficult to recapture the feelings that originally inspired the songs? For Clarkson, the challenge was not to. “Some of my songs are quite emotional. If I thought about it too much I might get emotional,” she says, laughing. “And you’ve got to sing!”

Kim Hill talks to singer-songwriter Jay Clarkson, who has been performing since 1980 as a solo artist and in bands that include The Playthings, They Were Expendable, and Breathing Cage. Her latest… Audio