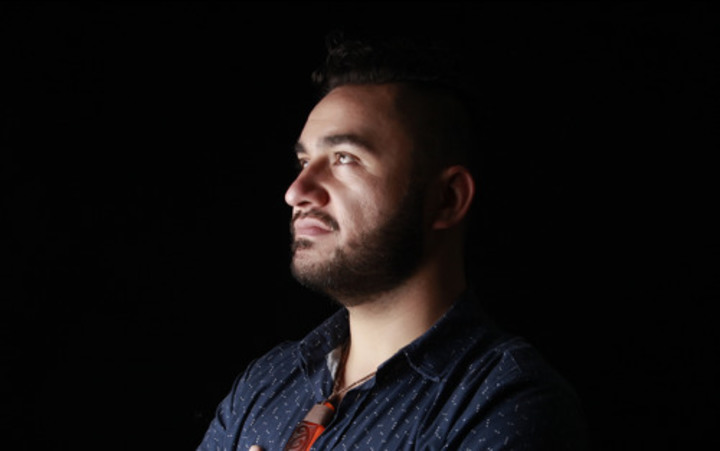 Tama Waipara is the Senior Programme Manager of the Auckland Arts festival, a job he says is ‘addictive’. It’s the reason he hasn’t released an album of his own since 2013’s ‘Fill Up The Silence’.

His career could have taken a very different trajectory, if it weren’t for a fuse box falling off a wall and onto his head. He was in his first year studying performance classical clarinet, at the prestigious Manhattan School of music - after winning one of only two places offered that year in his course.

But nine months in, a loose metal fuse box fell from the wall of his student accommodation. Covered in blood, Tama walked the hospital, where he waited for two hours before passing out. It was a week and half before they let him out of hospital, but another nine months before he was fully recovered.

He suffered ‘post-traumatic migraine’ but with the orchestra auditions coming up, he tried to push through with his clarinet practise.

“That’s when the trouble started. I would have blackouts … so I was given tranquillisers, and lots of quite hefty medications, to try and control these episodes. I had extreme light and sound sensitivity … during those nine months - that’s when I started singing again.”

He’d always been a shower singer, and had been part of Auckland University’s choir. He’d even had a solo performance on TV show ‘Pio’s Place’ singing a Nina Simone song, and written a song of his own.  But when the clarinet had to take a back seat, Tama threw himself into singing “really just because I needed something to do.”

He and some friends formed a band called ‘The Occasions’: “a hammed up version of a wedding band” playing jazz standards, and a few originals they’d hurriedly written when gigs started to roll in.

And then on September 11, 2001, ten miles down the road from the Manhattan School of music, two planes took out the Twin Towers.

“It was a period for everyone of questioning where you were at in life, and why and what are you doing. I was like that, in a small way, with music. You know, ‘this is all a bit pointless, singing covers and r'n'b in a bar for three hours in Harlem for fifty bucks’. That’s I think when I started reflecting inward and looking to home for inspiration.”

Though he eventually picked up the clarinet again and finished his Masters of Music, he was also picked up by a New York/German record label, who produced his 2003 debut ‘Triumph Of Time’. One of the remixes became a dancefloor hit in Austria. He came home to Aotearoa in 2007.

He released three, quite diverse albums, but taking up a job with the Auckland Arts festival has kept him busy the last few years. He’s had the opportunity to put together dream line-ups and act as creative director and matchmaker for shows like ‘Dust To Dusky’ and 'Revolutions'.

For his mixtape, he presents some of the music he's programmed for the March 2018 festival.

Love Me As I Am - Mahinārangi Tocker

Tama is particularly excited about his work curating the upcoming show ‘Love Me As I Am’ which brings the late Mahinārangi Tocker’s songs to the stage once more, performed by the likes of Moana Maniapoto, Nadia Reid, and Anika Moa.

It will mark ten years since she died following an asthma attack.

“For a lot of us, she was a mate, an idol … she was fearless, and I say that knowing that she dealt with mental illness, and was a real advocate for mental health, feminism, gay rights, māori rights - she was a super-hero. And above all that, is this pre-eminent artist, who wrote over 1000 songs.”

"It's so full, it's strong and powerful, it has heart, and it's very rare ... she's very intentional in her approach to things. She works really hard, and has a lot of integrity. She gives voice to a lot of these kaupapa that we don't get to hear that often. Certainly 'Te Kawa O Te Riri', shining a light on Gate Pa, and the battle for Tauranga, but probably more so than the actual conflict and confrontation, it's about the intention."

On the same bill as Ria Hall and Tiki Taane, Canadian collective A Tribe Called Red bring indigenous perspectives to the fore.

"The music is just really thrilling. There's three DJs on stage, and they mix traditional sounds with very heavily electronic dance beats, and then they have fancy dancers on stage with them. The sound is primal, it's filled with power, and it's easily relatable in an indigenous framework when you think about things like kapa haka."

Probably not a sit-down gig.

Tank and the Bangas - Boxes and Squares

New Orleans-based band Tank And The Bangas were the winners of the 2017 NPR Tiny Desk competition in March. They've been touring throughout the U.S. since, and it was luck that the Auckland Festival lined up with their Australian tour in 2018.

Like everyone else, Tama was introduced to them through that NPR competition.

"They were so wildly out of any box ... and it was so theatrical."

When Tama Waipara got the call from the Finn office to be part of Neil's 'Out Of Silence' live recording project, he was nervous about it. But was surprised and relieved to find himself part of a 'super-choir'.

"Neil was really generous ... it was just really quite a 'whānau situation, and I felt really lucky and privileged to come into that very open and informal environment - but it's Neil Finn."

For the Auckland Festival Finn will be joined by the Auckland Philharmonia Orchestra - as well as others involved in the recording of the album.

Lee Fields and The Expressions - You’re The Kind of Girl

"You've got this legit, soul-funk r'n'b artist in Lee Fields." He was one of those old soul singers who had a career revival in early 2000s.

"You get the authenticy of soul, and his voice is just gravel and dirt, and then this band that has quite an unpacked approach to r'n'b.

And this song that I've chosen, I'm just obsessed with the groove. It's this real mash-up of ultra contemporary and timeless old-school."