One of the first things you notice when you see Anthonie Tonnon perform live is how impeccable his appearance is.

Then you notice how meticulously he moves and plays his instruments. And then – before long, you realise that you're watching a very carefully considered and constructed performance.

Dance moves, audience participation, singalongs, intricate stories are all par for the course at an Anthony Tonnon show.

"It’s very 'Un-Dunedin' and that’s where I’m from. I guess maybe I got interested in showmanship only after I moved to Auckland. There seemed to be a little more interest in artifice, but still not that much. It is strange.

"I didn’t always do it. I had no guitar pedals, I didn’t do any dancing around, I just played the songs until about five years ago I guess.

"I'd moved to Auckland, I had no money, I was so poor that I sold all my instruments just to give me a bit of money to start out. But I realised that I could sell my guitar and get a guitarist in my band and so I became a frontman.

"I remember the first show we did (at Whammy Bar) was terrible. Because you don’t know what you look like. Someone said to me ‘Look, man, you need to go and look in a mirror and practice doing that’.

He's developed into one of our country's most accomplished on-stage performers in large part due to his diligence around showmanship, which compliments his existential, memorable songs.

It must be daunting taking such an extravagant performative style to small-town NZ or to the backwaters of the US, but that's where Tonnon refined his act.

"I learnt things. I learnt that if you’re going to get people to sing along you don’t (half-heartedly) say, ‘Sing along to this if you feel like it.’ you say, ‘You. Are. Going. To. Sing. With Me’. And they do.

"And if you look them in their eyes – you always use your eyes, then it can be powerful ... You realise that it’s become so every day to us, seeing somebody on a stage performing, but that [it] still has a lot of power if it’s [done] right.

"So you can wield that stage and you can do a lot with it.

After his last album Successor came out Tonnon was on a long tour in the US and something 'terrible' happened – he started performing his favourite songs on the record on auto-pilot. 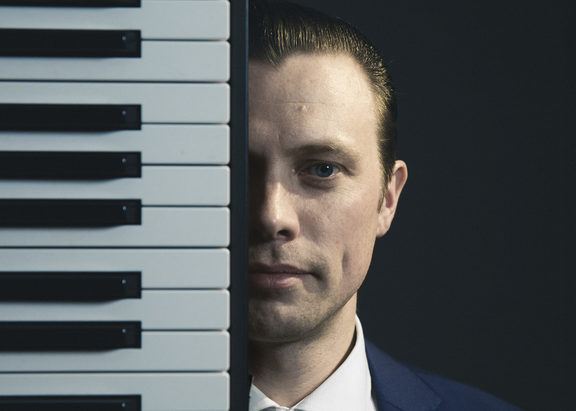 "My body would just play the song and then I would have an internal monologue and I’d be thinking how many people are here tonight? Are they enjoying this? What does my guitar sound like? It was like an out of body thing and I think it’s quite common.

"So what I started doing was incorporating some kind of risk into the set. Like asking for an audience interaction or doing a strange dance move and you don’t know how it’s going to go down. And that zaps you out of it. That brings you alive.

"Now (touch wood) I really feel like I’m always in the moment when I’m playing these songs because there’s always some element of risk.

"If it ever gets to the point where you’re not in the moment with it, then it’s time to introduce a new song that you don’t have any idea how the hell to play."

Constantly performing on the precipice, Tonnon has recently written some new music (his first in two years). Songs that developed first and foremost in a live environment.

The rewarding build of 'Leave Love Out Of This' results in an ASMR-inducing crescendo, with Tonnon ricocheting between his keyboard, his Deluge sample machine, and hand claps on loop before he finally picks up the guitar for a searing finale.

With the release of his new EP, and an accompanying five-date tour, Tonnon is experimenting with ways to connect with his audience without relying entirely on social media.

"Over the last two years I’ve become less and less comfortable using social media. I did it a lot when Successor was coming out. Someone would tweet something nice about your album or link to an album review that was nice and you would re-post it or say thanks.

"This time around ... I really didn’t want to do that, because it’s just an echo chamber.

"The other thing I really noticed is that social media has changed over the years I’ve been using it, to a point where I feel like social media wants artists and musicians to do all of their interaction through those social channels. It wants you to pay for each interaction as well.

"I’m trying to find a way to talk to my audience without hashtags. We’ll see how it goes, it might not work. But I’m really interested in finding ways we can talk to our audience with dignity now, because our product (music) is free, so what have we got left?

"The least we can do is not have to pay money [to social media] when we’re saying, "Listen to this song for free." That’s the line that I draw. I won’t pay money just so that somebody might listen to something."

Anthonie is playing the four main centres through November.