Cigarettes After Sex: "Sometimes the whole crowd is making out" 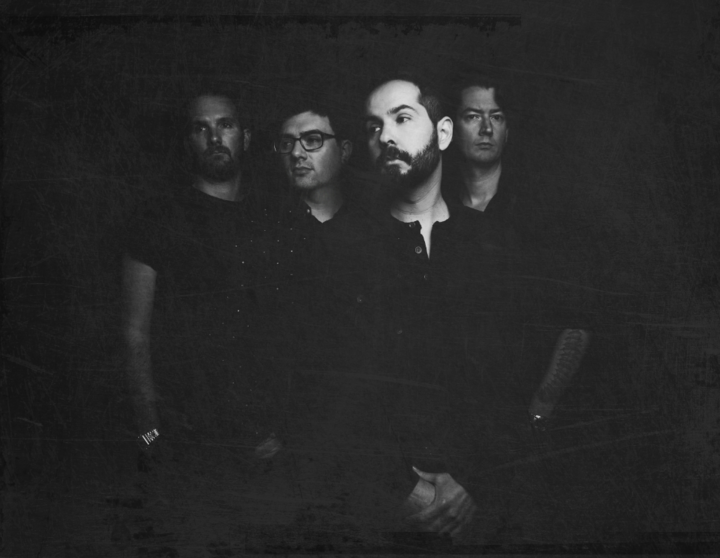 The opening lyrics of Cigarettes After Sex's debut record set the tone for one of the years most intimate albums:

It's a tiny moment, one we've all experienced and it's so perfectly realised that it stays with the listener long after the song has ended. Singer and songwriter Greg Gonzalez designed it that way.

"What I didn’t like about some lyrics ... is that they would function well in a song, but if you read them by themselves they basically made no sense.

"So what I wanted to do was say right – if you read these lyrics alone they function as prose also, not just lyrics. Every line has to make total sense and has to count. That was very deliberate."

Cigarettes are from El Paso, Texas and despite the fact they've been around since 2008, this is their debut album.

The band name references the post-coital nature of the music and indeed, this album is unabashedly romantic from beginning to end. Again, no accident.

"I just want to present a vision, and my vision is of love and of romance. I wanted to make this band all about these things and that was going to be what made it really bold to me. That we just stuck to that, and we stuck to these images and stuck to these sounds."

They do stick to a set of sounds and images and those sounds and images stick. The pace of the songs seldom varies. A song will end and the next one will open with the same chord, yet it doesn't feel repetitive, it feels cohesive.

While the album relies heavily on tales of transient relationships, intimate trysts and love and longing, it never feels twee or over-wrought, which is credit again to the lyrics and their sublime delivery.

"I always respond to humour in music and I’ve said this quite a bit lately, but think about the relationships you have and yes they involve sex and romance and love and these things, but also humour.

Cigarettes After Sex are travelling to New Zealand in the New Year for an all-ages show at the Powerstation in January and to perform at Rhythm and Alps in the South Island.

It will be interesting to see how audiences respond to the band live, considering the nature of the music.

"It’s interesting what a crowd will do. Sometimes the whole crowd is making out, it’s all couples and everyone’s being touchy-feely and dancing with each other and being as affectionate as possible.

"There’s also people that are crying and people that are singing along. Often in some countries, it’s ... people screaming and going crazy. It’s amazing to me what music does in different contexts."

It's hard to imagine having to re-live some of the emotional experiences Greg sings about night after night, but the readily admits to being a 'happier to have loved and lost' type of guy.

"Almost as some sort of spiritual thing I’ll close my eyes during certain sections and zap myself back into those moments just as sort of a perspective.

"I find it’s very emotional because the thing about memory is that I can remember something from so long ago, but in this moment you gain a perspective on it.

"It gives you a feeling just of how far you’ve come. You know what that moment meant before and what it means now. It’s very emotional, it’s very powerful to go back to these memories on stage every night and see what they feel like in that moment."