Delaney Davidson joins us to share the songs that have inspired him and his wonderful Magical Lightbox performance that combines music and film. 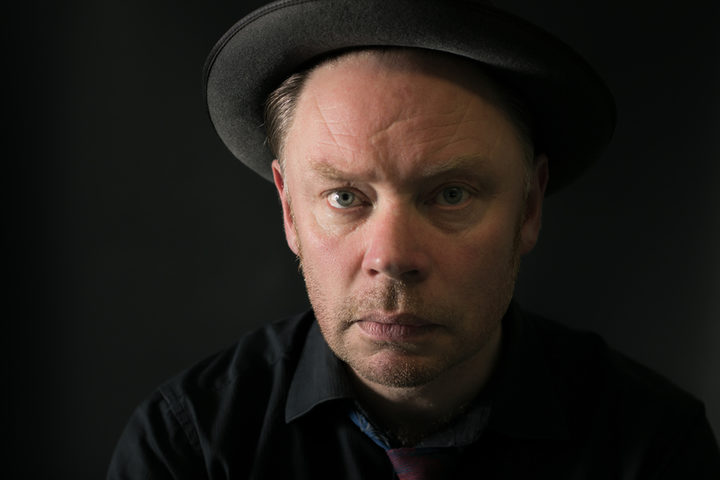 An overwhelming majority of songs are about love, and Delaney Davidson wonders what effect they're having on us.

“Somehow you’re reinforcing … romantic thinking, romantic ideals, and is that a reality? … is that really how things are, or is that [just] how you want to look at things?”

He says even if a song doesn’t tell a ‘happily ever after’ love story, it still colours the way we think about life. “There’s a whole lot of romantic ways of thinking that we fall into so easily and sometimes it’s helpful and it helps you rise above and believe in the greater beauty of people, love, relationships, family … and then sometimes it’s not actually how things are.”

Delaney is about to start a mammoth tour of NZ, which includes a massive 31 dates throughout November. On some days he’ll be playing two shows.

Film is a big part of the show, which he’s calling ‘Magic Lightbox’. It includes five short films Delaney has made himself by combining footage he shot on tour and royalty-free stock footage.

He says he’s been watching movies for a long time and trying to ‘figure out things about them’. He started filming places he visited on tour becaus ‘[he] sometimes had to film them just to believe where [he] was’.

Delaney dropped into the RNZ studios to pick six songs for us as part of the RNZ Music Mixtape.

A big influence for Delaney was the Chess Records sound and ‘how to make something feel jumpy. How to make it feel like it had sort of a drive or a groove in it’. Momentum.

“They’re so great those songs. Everyone’s got their own little part in it: the drums are doing one thing, the guitars are doing something else. Everybody’s not doing the same thing … but they’re all really carrying the whole thing along together.”

There’s a story about Skip that Delaney really likes: “Halfway through his life – he was quite a religious man, and he thought, ‘this blues is really not good’ … and he stopped playing and just disappeared.

“And then they found him towards the end of his life in a hospital and brought him back into music. But he was really torn between making music and the obvious joy it brought people, but he somehow though it wasn’t going to get him into Heaven playing the music that he played.”

Delaney came across this band during a conversation about the band Suicide and their influence on music in recent times: “It used to be a band no-one know, but now everyone’s scrabbling to snap up a vinyl copy, which is great.”

“I guess Suuns are a really clear tribute band almost to Suicide, but still have a lot of their own – I wouldn’t call it input, because it’s almost like they take things away from the music, it seems so minimal sometimes.”

This song is by German composer Kurt Weill, who Delaney is a big fan of. Weill’s most well-known song is ‘Show Me The Way To The Next Whiskey Bar’, which was made famous by The Doors.

“It’s a really creepy song if you listen to some of the original versions of it.”

Delaney says the whole idea of the song was to break away from traditional European songwriting ‘and coming to somewhere that had a whole new vista to explore’.

Delaney says the chord changes in ‘September Song’ ‘just knock [him] out somehow’. As do those in Veil’s song ‘The Ballad Of Sexual Addiction’, which Delaney had to learn for a performance in Switzerland.

“It had these unbelievable changes, and I had to write them all down because I could never remember them, and I still can‘t! I try and dredge them out of the memory banks, but they’re just not there.”

“This was given to me by a friend of mine in Christchurch as a birthday present … what a great album [it] is. He gave me this album because he knew I was getting interested in Cumbia music … it became a staple in my musical diet.

“The weird thing is, I thought, ‘Oh, this is such a whacky take on all that crazy old Cumbia stuff,’ and then I started listening to the roots of this Peruvian Cumbia … and realised, ‘Man this stuff was wacky way back then.”

Delaney will be performing this song as part of his show. He says listening to this the hiss and one-take nature of recordings like this makes you realise that all anyone’s trying to do when they’re recording music is to create an atmosphere.

And Delaney reckons the atmosphere of this song is creepy: “The lyrics … ‘I can tell the wind is rising, leaves trembling on the tree.’ Why is that so creepy? It’s not meant to be. But it just fits in this ominous, eerie sort of world.”

“I don’t know what it is about Suicide. I think it’s the relentless thing, I really relate to that … and the vocal style has been something that somehow they took from rockabilly and incorporated into their own electronic visions.”

“I think they’re a really seminal band for a lot of people.”

A full itinerary of The Magic Lightbox tour can be found here.