The crew from RNZ Music convene to showcase some of the songs they've been digging most over the last couple of months. Selectors are Kirsten Johnstone, Tony Stamp, Alex Behan, Jana Whitta and Nick Bollinger. 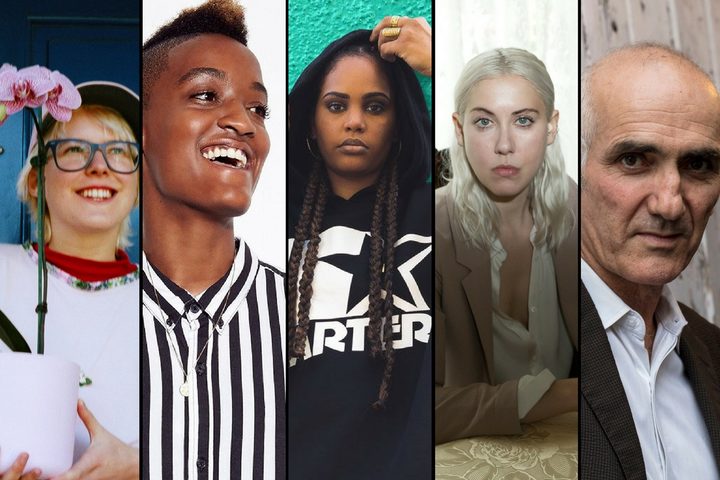 It's easy to overlook a voice you've heard your entire life, but I have to admire Neil Finn for constantly pushing himself out of his comfort zone. I loved the community, innovation and spectacle of the recording of Out Of Silence, as well as the immediacy and unpolished feel of these songs. The orchestration by Victoria Kelly is sublime, and Finn can still write the best melodic hooks. KJ

Julia Deans - 'Walking In The Sun'

I don’t know what it is about this song but I find it so addictive. Triumphant, uplifting and over-before-you-know-it this anthem for the disempowered is just what 2017 needs. Julia Deans voice and song-writing have never been sharper, and if this is any indication of her upcoming album we should be very excited indeed. AB

Tribal percussion, snippets of chanting and dollops of sub-bass form the backdrop for Jess B's call to arms, which deals with her feelings about growing up as a minority in NZ, and the pervasive influence of capitalism on modern life. She says it best herself: "Equal? I dunno. Man, that shit's subliminal. Had me feeling criminal. Had me feeling pitiful. But I'm here and proud of me and shit well that's the miracle". TS

Womb are Wellington trio of siblings, who are one of my favourite live bands in the country right now. This is the first single from their forthcoming album Like Splitting the Head from the Body. It's got a dream-pop, Mazzy Star swirl to it, and they live up to their name: it's warm, wet, and comforting. JW

Melbourne’s Courtney Barnett and Philadelphia’s Kurt Vile blend their laconic voices and exploratory guitar styles in one of the most natural and conversational duets. NB

This album explores the concept of the human body “as a mechanism of joy”: a brave move for a woman brought up in the Baptist church. Yes, there are explicit and confronting vignettes of sex and love, as well as intriguing characters - a female teenage stalker, and a manspreader who is "more of an ass man". The depth and range of Mackenzie Scott's voice is impressive as she navigates these voices. The title track is a stand-out, in a sliding doors tale of possibilities. KJ

The first time I heard this song was a capella with Randa fearlessly performing an unrecorded unfinished song in the RNZ studios. It was impossible to tell what shape the song might take but the Angel Boy lyric was instantly catchy enough to stick in my head. When I heard the finished track I was astounded, it wasn’t what I had pictured at all. Randa seems to be consciously channeling nineties pop culture at such a breakneck speed the song feels like a mash up of my whole childhood and yet manages to sound fresh. Andre Swaggassi style indeed. AB

Madeline North's cover of SGL, originally by American indie poppers Now Now, transforms the song from a summery jam about a new fling into something much more melancholy. Her precise vocals are full of longing, begging her lover to "pick it up baby if we're moving too slow" over a bed of lush synths and a wordless loop of her own voice. TS

Paul Kelly offers another of his quietly perfect songs, this one taking its inspiration from the Aussie-invented word for the smell of earth after rain. NB

Syd is Syd Tha Kid from Internet, and she's released a solo record and an EP this year. 'On The Road' is a biographical look at everyday touring life - meeting fans, boarding buses, doing shows, "Bag full of dirty clothes". JW