Skiffle was a youth cultural revolution that has been downplayed in histories of British rock, says singer-songwriter and activist Billy Bragg - and he’s written a book about it. He talks to Nick Bollinger. 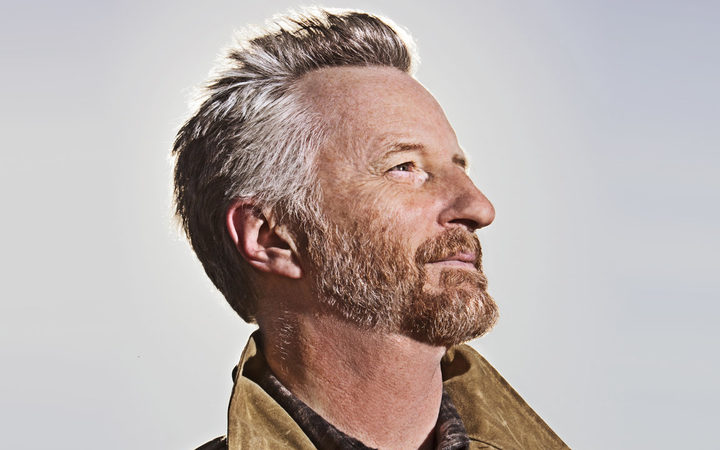 If you've ever come across the term 'skiffle', chances are it was as a footnote to a biography of one or other British rock star. Of the first wave of British guitar heroes that came out of the 60s, it would be hard to find a single one - whether John Lennon, Syd Barrett or Jimmy Page - who didn't get their start playing skiffle, along with thousands of other British teenagers.

But what was this thing - skiffle? Where did it come from, where did it go, and why, if it was so widespread, so influential, does it not feature more prominently in the histories? 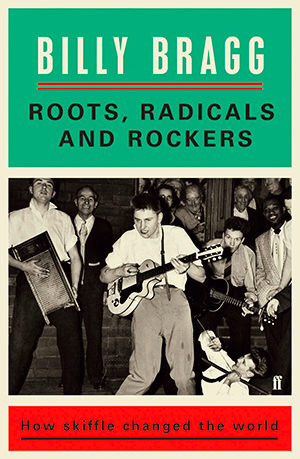 Billy Bragg has been asking the same thing, and as a result he's written a book: Roots, Radicals and Rockers: How Skiffle Changed the World. It's a great read, full of colourful characters, amazing anecdotes and surprising facts. Who would have guessed, for instance, that Johnny Cash - that tower of American song - learned his version of 'Rock Island Line' not from Lead Belly, the great folk bluesman who first recorded the song, but from the British skiffle singer Lonnie Donnegan?

In skiffle's brief late-50s heyday, Donnegan was its biggest star. Bragg is of course best known as the political singer-songwriter with roots in 70s punk, so I asked him what turned him towards writing books and why he chose to write one about skiffle?

“These days you can't even afford to do that because making records is such a risky business now, so I thought it would be interesting to take a sabbatical and write a book. And skiffle is something I've been interested in for a long time now. It has many similarities with punk rock, which I experience firsthand in 1977 as a nineteen-year old.

And while there's already been a couple of good books written about skiffle, they were both written by people who were there at the time and what was lacking - because I wanted to read it and it wasn't around - was a book that put skiffle into its proper context in British post-war cultural history." 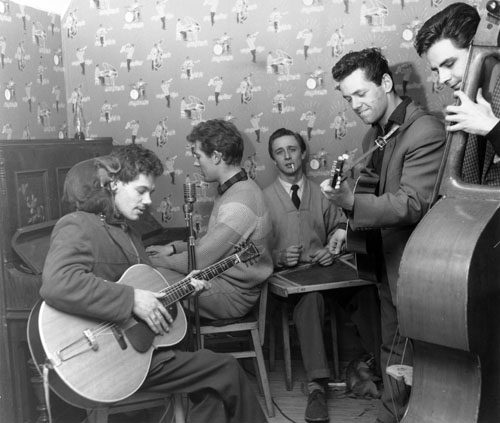 So what are the similarities Bragg sees between skiffle and punk?

“Skiffle is self-empowering. It was something the young people who played it declared they wanted to do, it wasn't handed to them by Tin Pan Alley, by the culture of their parents.

“Secondly, it's very do it yourself. The punks always called it ‘DIY music’, but the skifflers made their own instruments with something made in an iron-monger’s. I can't think of anything more DIY than that!

“And it also had its own political and social ramifications. This was the first real generation of British teenagers and they were looking for a way to define themselves, often against their parents. The connection they made with African American roots culture runs contrary to the mainstream culture of the time and they also had a very strong anti-commercial sensibility as well."

Skiffle's repertoire was mostly adapted from African-American folk music – songs originally recorded by the likes of Lead Belly, or found on Alan Lomax field recordings. But the particulars of these songs – southern railroads, cotton fields – seem a long way from the lives of British teenagers in the 1950s. Did the skifflers understand what they were singing about and what was its relevance to them? Bragg thinks so.

"One of the people I interviewed who was a teenager at the time said the average skiffle fan believed he had more in common with a black sharecropper than he had with his own father. They were trying to identify with something real that was outside of their culture.”

Crucially, skiffle put guitars into the hands of British teenagers for the first time. 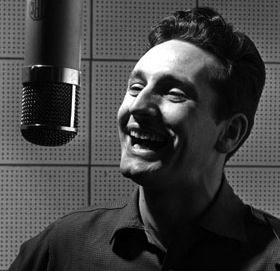 "The guitar wasn't a familiar instrument in British popular culture at the time. Lonnie Donnegan was the first British artist to get in the charts playing a guitar. On the radio there were songs for adults and then there were novelty songs for kids. There was no music for teenagers because teenagers hadn't been identified as a demographic. It's very hard to have a teenage culture, which is - really broadly speaking - based on consumerism, at a time of rationing. And rationing doesn't end in my country until the summer of 1954.

"These kids had grown up with a huge appetite for things they weren't allowed to have. I mean it is ridiculous, there was no ice cream! Sugar was on ration. Kids just went crazy. Imagine you're John Lennon, you're born in 1940, you can't go into a sweet shop and buy whatever you want until you're fourteen years old. They were looking for something that belonged to them and no one can take away."

Running virtually in parallel to the skiffle boom – and, according to Bragg, a contributing factor to the rise of skiffle - was rock’n’roll.

Though Bill Haley’s ‘Rock Around The Clock’ was a hit in Britain, the BBC played very little of this new American music. Chuck Berry’s ‘Maybelline’, for instance, was banned because the references to Cadillacs and V-8 Fords were construed as advertising.

“They can't get electric guitars. There are no electric guitars in the U.K. Instead they get acoustic guitars, and the music of Lonnie Donnegan is immediately accessible to them. It has very simple chords, and more importantly Donnegan is not an American, he's British.

“Someone like Van Morrison. He was twelve years old when he hears ‘Rock Island Line’. His musical aspirations up to that moment had been aimed purely at Irish traditional music. That was the only music he could imagine himself playing, because obviously the blues was played by old black guys. He hears Donnegan playing ‘Rock Island Line’ and suddenly thinks, I could do that.

“Van Morrison told me that Donnegan opened a door for us. You couldn't be British and be Elvis, it wasn't physically possible.... but it was possible to be Lonnie Donnegan and I think that's why he's so important in the story of British rock.

"Your average kid in the United States of America didn't have too much to push against in their parents culture. They weren't trying to escape the world they'd grown up with, whereas British kids who'd grown up under rationing were desperate to make the future happen."

Bragg argues that skiffle was the bedrock for almost all British rock music from 1965 to 1975.

"Any British artist who has been successful in that period, there's a ninety per cent chance they first played a guitar during the skiffle boom, because it really was a craze. 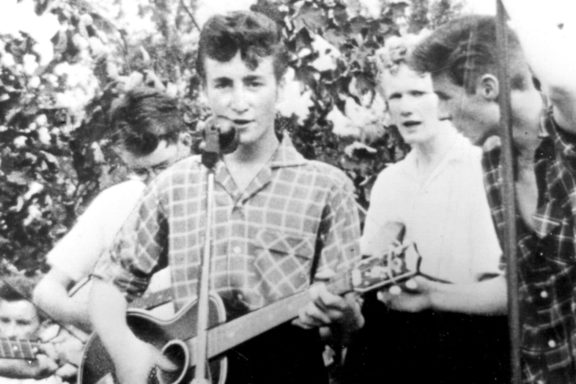 But skiffle had disappeared before the 60s rock revolution. What had brought it to an end?

“Skiffle is a threat to the established order”, Bragg says adamantly. “It turns it's back on commerciality and It makes its own music.

“The people who run the record industry in the UK are not going to put up with that for very long, so they find a guy named Tommy Steele who's skiffling around, and a couple 1of other guys, Cliff Richard and his group The Shadows who started out as skifflers, and they groom them like Elvis Presley who's starting to sell records in the UK. And they get those same guys from Tin Pan Alley to make new songs for them, new rock 'n' roll style songs, and they go head to head with them. And they are much better produced, they're pretty, and they become the norm.

“Around the same time rock 'n' roll loses its initial edge, the last part of that being the death of Eddie Cochran in 1960 in Cheltenham, killed on his way back from a gig at the end of his UK tour. Little Richard's found God, Chuck Berry's in prison, Jerry Lee Lewis can't come to the UK cause he's married his cousin.

“The industry takes control again, and they retain control until the first of the skifflers come through - The Beatles in 1962 - and they write their own songs and they take it back from Tin Pan Alley again and say, 'No, you're not going to have it, this is our culture, we're self-empowered, we're the skiffle kids.

“And they take over the music industry."

Roots, Radicals and Rockers: How Skiffle Changed the World by Billy Bragg is published by Faber and Faber.