Tom Petty’s great gift was for writing songs that sounded like they had always been there. Here are just ten of the great ones. What a shame there won’t be any more. 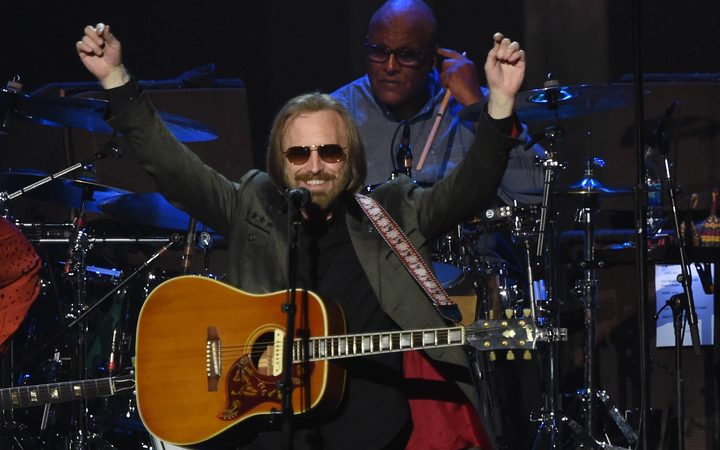 Though Tom Petty emerged with his band The Heartbreakers in the mid-70s, amid the rise of punk and new wave, his music harked back to the jangling rock of the 60s – the Byrds, Bob Dylan, the British invasion bands – to which the Florida native added a hard edge and distinctive southern accent of his own.

He was a traditionalist, resisting many of the changes he saw in the music business.

"I noticed there are a lot of corporate boxes here tonight," he told the crowd at a San Bernadino stadium in 2002.

"It's hard to be in a rock 'n' roll band in 2002 and avoid things like corporate boxes. But you'll notice there are no corporate sponsors on this tour. First they call you up and want to sponsor your tour. Next thing, they want to put one of your songs in a commercial for a bank! But this tour is brought to you by you."

But he was also capable of changing his mind. In a tour to promote the 1985 album Southern Accents he would perform with a confederate flag behind him, something he would later regret.

"It was a downright stupid thing to do. It happened because I had one song on the album called ‘Rebels’. It's spoken from the point of view of the character, who talks about the traditions that have been handed down from family to family for so long that he almost feels guilty about the war. He still blames the North for the discomfort of his life, so my thought was the best way to illustrate this character was to use the Confederate flag. I used it onstage during that song, and I regretted it pretty quickly.

"People just need to think about how it looks to a black person. It's just awful. It's like how a swastika looks to a Jewish person.”

Here are ten of his best songs and performances.

I Won’t Back Down

Tom had friends and admirers at the highest levels. Spot half the Beatles moonlighting as Heartbreakers in this clip.

Don’t Come Around Here No More

The closest Tom ever came to going psychedelic.

The track that kicked off his breakthrough album Damn The Torpedos. Still one of the most assertive rock riffs you’ll ever hear.

Stop Draggin’ My Heart Around

Though the youngest Willbury by several years, Tom was clearly seen as a peer by such rock’n’roll giants as Roy Orbison, George Harrison and Bob Dylan, and his inclusion in this part-fictional supergroup confirmed it.

Tom’s songs were natural stadium anthems, as this clip from the 2008 Super Bowl shows.

Though it wasn’t a hit when released as Tom’s second single in 1977, it became one of his anthems. Roger McGuinn of the Byrds noticed it right away and quickly recorded a cover.

One of Tom’s quieter and most beautiful tunes, in a rare performance just this August.

While My Guitar Gently Weeps

Tom leads this Hall Of Fame tribute to his late friend George Harrison – at least until Prince takes over the show.

Though it might be a song about giving up marijuana, it stands as one of the great defiant songs of farewell.