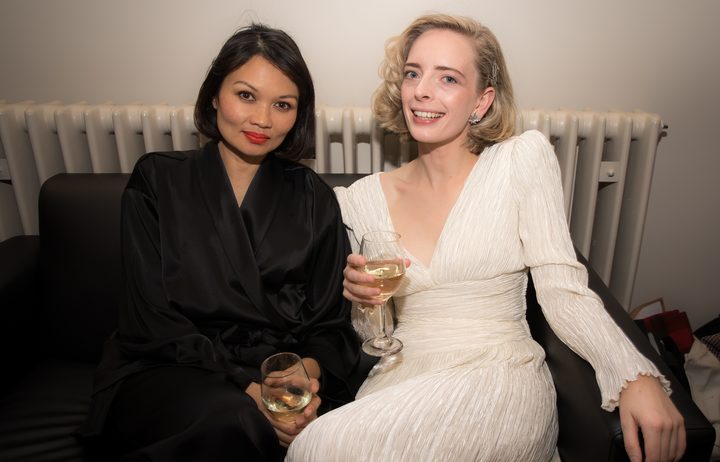 Due to touring commitments only two of the five Silver Scroll finalists were actually at the Dunedin Town Hall. Music 101's Alex Behan caught up with Chelsea Jade and Bic Runga pre-show.

"I think one of the best photo’s of the evening is of Chelsea Jade and Bic Runga just before we had that chat, it was the media room, people milling about putting microphones in people’s faces and as soon as Chelsea and Bic saw each other they fell onto a couch with a glass of bubbles and collapsed into each other laughing and whispering and sharing their mutual admiration, it was serene and lovely … and then I shoved my microphone in their face cos .. well … work to do …" - Alex Behan.