Silver Scrolls: behind the music 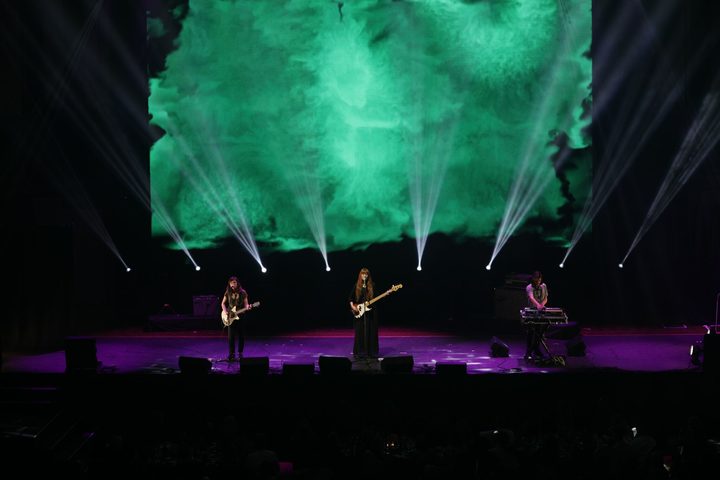 A unique aspect of the Silver Scroll song writing awards ceremony are the re-arranged finalists songs, presented live on stage by new performers. It gives an opportunity to reconsider the song, separate from the arrangement and production we might be familiar with. 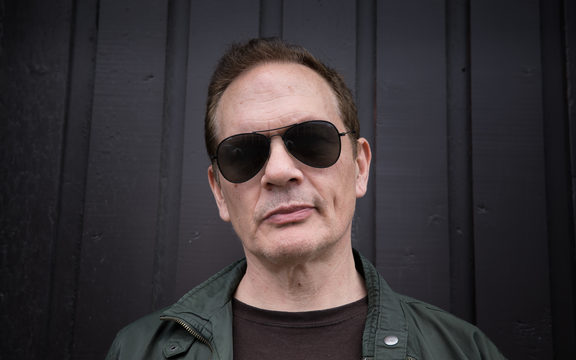 Each year, the hosts of the Silver Scroll Awards, APRA NZ, choose a musical director to curate the songs and performers for the live ceremony.

This year Shayne Carter (Dimmer, Straitjacket Fits, the Adults etc) got the call. Carter is a Dunedin native who recently moved back home after a long time in Auckland, so a good choice for the ceremony's first trip to Otago.

He's also been on the receiving end of the process in the past, when his songs have been finalists, and found it to be a positive experience.

He told The Spinoff: "One thing I liked when I was sitting there watching that performance was that I thought ‘hey that’s actually a really good lyric’. It was kind of validated by someone else singing it, because when it’s all in your own head you’re just sort of an idiot stumbling around."

When it came to his turn to curate, Carter already had an idea of who he wanted to work with, even before he knew which songs were finalists, being most interested in working with people who have good musicianship and attitude, and to acknowledge lesser-known musicians who are doing interesting shit.

To learn more about the rationale behind the decisions Kirsten Johnstone caught up with Shayne for a coffee the morning after.

"The interesting thing was being on the other side of the desk where I was the person trying to organise the musicians... musicians are USELESS man, and I recognised all their ploys of avoiding all messages and not answering phone calls, because that's exactly what I do.

"I could actually picture them in their rooms and the decisions they'd made when they chose not to answer my calls. So that was quite illuminating and hilarious, but yeah, I don't think I'll be going into band management anytime soon"

But it all worked out, and the performances delivered musical moments that were divisive some that were demanding and many that were delightful.

"What I felt off the stage last night was people being really committed and giving heartfelt performances which is paying respect to the people who wrote them, and is what they are all about - expressing stuff that is true."

And here are the results, as performed at the Silver Scroll Awards held in Dunedin on Thursday 28 September 2017, alongside the original recordings and performers. See what you think:

Tiny Ruins performs 'Life of the Party' by Chelsea Jade Metcalfe and Leroy Clampett, a finalist for the Silver Scroll.

"I was backstage, but I could see Chelsea Jade during her song because she was wearing her pale dress and her blonde hair so she kinda stood out, so yeah, she really loved it... that's the most important thing that the artist themselves really digs it.

I've had it myself when people have covered my tunes, its a real buzz if they do a really cool interpretation of it, and its the ultimate compliment to you as a songwriter, and fascinating in an outside of yourself sort of way, hearing it performed by another person."

'Life of the Party' by Chelsea Jade

That was really powerful. And that great thing was that it was just a completely different take on the original but also at the same time really true to the spirit and intent of the original tune as well. I thought that was pretty moving and powerful.

And the original version of 'Raupatu' By Alien Weaponry:

KVKA and Stuss perform 'Horizon' by Aldous Harding, a finalist for the Silver Scroll.

"So they're beats dudes, and their beats melted on the night... when they went on stage their piano was tuned an octave high, and then they went to play their backing track and... but that's showbiz! and what do you do?

"When you go on stage it's like jumping out of a plane - you pull your parachute cord and hope it opens. I always say to younger musicians, 'Look, when you're on stage you never apologise. What are you going to do, start crying or begging? You've just got to go for it.' And they did. their ship sunk, but they swam for shore."

Astro Children, Lucy Hunter, and Billy TK perform Getting Older by The Clean, who were inducted into the New Zealand Music Hall of Fame

Getting Older by The Clean

Drogan perform Close Your Eyes by Bic Runga and Kody Neilson, a finalist for the Silver Scroll.

"I love the fact that they're drums and organ, and they're Drogan. I saw them play a gig last year and I though they were great! And I really love their version. I haven't talked to Bic, I don't know what she made of it. I actually caught Kody in the audience, I could see he was kinda enjoying it in his Kody-kinda way."

Close Your Eyes by Bic Runga

Death and the Maiden perform 'Richard' By Nadia Reid, a finalist for the Silver Scroll.

Graeme Downes and band inc. members of the Dunedin Symphony Orchestra perform 'Dirge' - in tribute to those from the music community who we lost in the past year.

Dirge by The Verlaines