Raising a voice for refugees 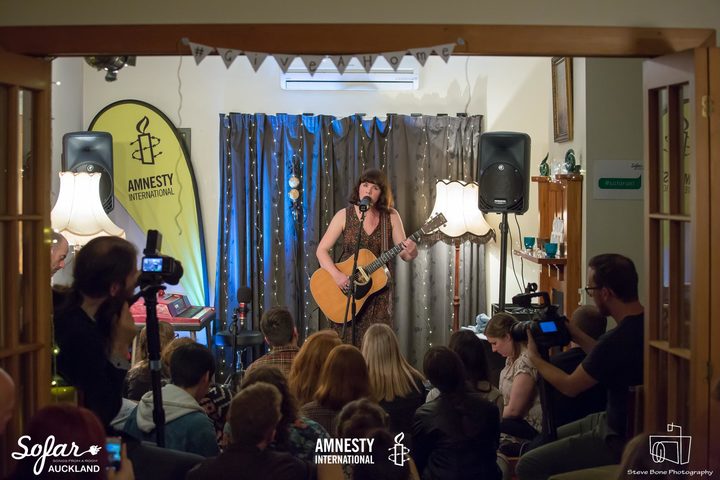 Mt Albert resident Jasmine had fifty strangers, a bunch of Burundian drummers, pop stars and song-smiths over to her house on Wednesday night - and loved every minute of it.

"It was really cool to be able to host and have people from all sorts of backgrounds in one setting for the same cause and have that sense of manaakitanga."

The event was organised by Amnesty International in conjunction with Sofar, a global organisation that sets up tiny free concerts in people's homes in order to raise awareness and promote positive dialogue about the 22 million refugees worldwide.

Amnesty spokesperson Meg de Ronde says the Giveahome concerts "are a really amazing way for people around the world to show that they are welcoming of refugees and to bring artists, musicians, refugee background performers and Amnesty International supporters together to show refugees that they are willing to support them and welcome them into their homes".

The opening act was a group of drummers and dancers from Burundi, one of whom is 27-year-old social worker Ives Rose.

Ives has lived in New Zealand now for fourteen years.

"I am from [the] Burundian drumming group - we are all originally from Burundi, Central East Africa," he says.

"Most of our drummers came to New Zealand under a refugee quota programme so this is something amazing to be part of. The majority of us also work in social work, health, and mechanics so we are contributing to the society." 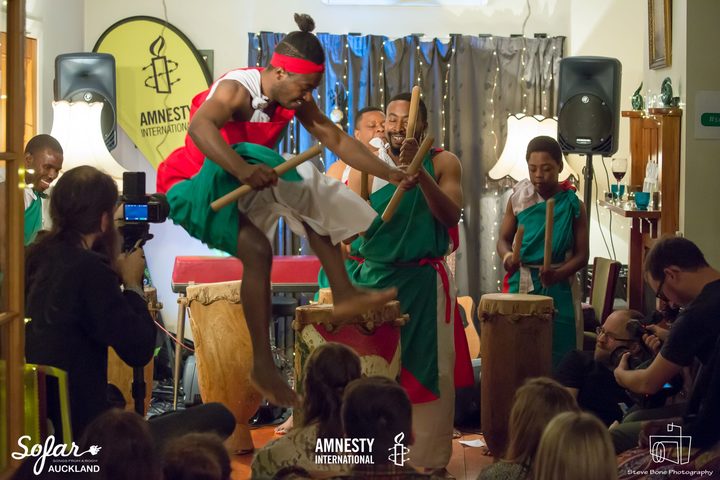 Burundi drummers at the giveahome concert in Auckland Photo: Supplied

When asked how many more refugees New Zealand might be able to host, his answer is quick.

"As many as we can. It’s good for the country as well. Most refugees are highly experienced."

There are many doctors forced to flee their homeland and New Zealand can use their skills, he says.

"I tried to have an appointment, it takes a long time. Who not get those doctors from overseas and see if we can use them here?"

In between musical performances, Fatumata Bah told the story of her parents, who fled from wartorn Sierra Leone 21 years ago. She has lived in New Zealand for 21 of her 24 years.

"To be able to live in such an amazing country as New Zealand, I feel pretty fortunate. Yes, we’re our little own tiny little island but we’re not immune to what is going on overseas and around the world."

In particular she is grateful to the New Zealand health system, without which she is sure she wouldn't be alive today.

Fatumata suffers from sickle cell disease and is sure being in New Zealand saved her life. She's been motivated to become part of the health system herself.

"’m in my third year doing a conjoined degree with a bachelor of health science with a psychology major and a bachelor of business with a management major at AUT. So my general end goal is getting into health management. 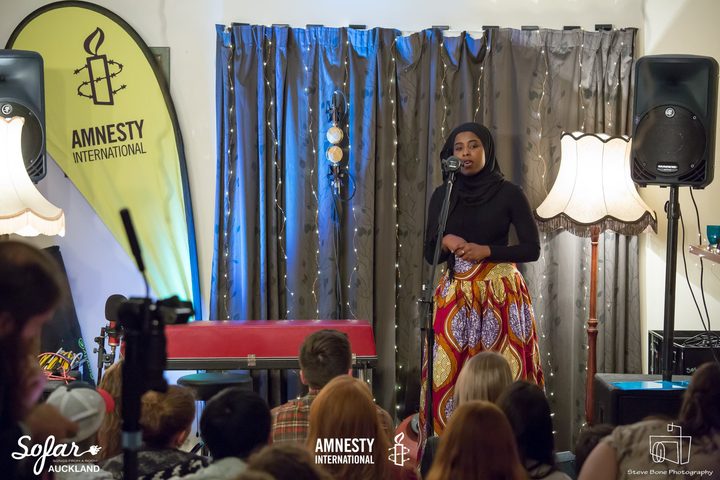 "I see myself working either within the Ministry of Health or a District Health Board. So going back to sickle cell and how it’s influenced me I think with my personal experience of being a VIP customer over the years, hopefully with the technical skills and knowledge that I gain from AUT I’ll get influence and be able to help make the changes that we really need."

For all in attendance it was a special night, strangers in a stranger's house - an apt metaphor for the refugee situation faced by so many.

For the performers it was also an eye-opening pleasure, headliner Tiny Ruins says.

"I think it was really beautiful, I was very moved by the woman who told her story and yeah, it just made me reflect on how difficult it can be to come to a new country or start your life again somewhere else, least of all as a refugee."