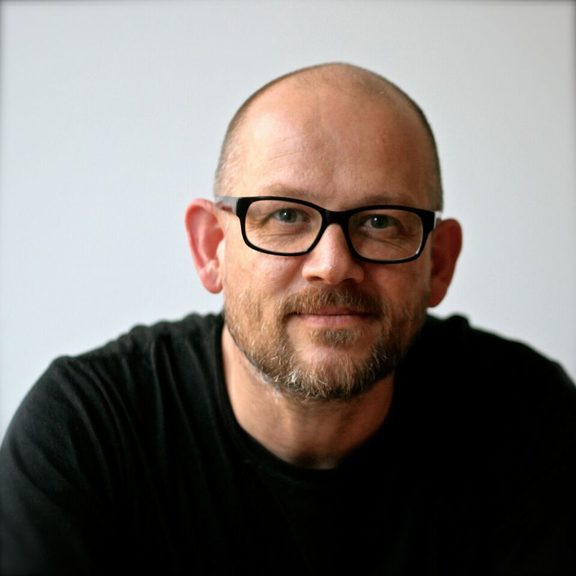 Andrew Dubber is a music technologist, author, broadcaster, and academic. Along with his partner Michela Magas he runs Music Tech Fest, and lives in Sweden with two big fluffy dogs. Back in NZ to celebrate his 50th birthday, he shares a mixtape of songs close to his heart.

It's fitting that we should ask Dubber to make a mixtape, since he's writing a book about the very subject. Sort of.

"It's about mixtapes, setlists, playlists, album track lists - any time people put music in an order. A lot of people have connections to songs, but they make meaning from music when it's put in an order."

"And because I've been someone of the right age to have made a lot of cassette mixtapes for people, there's a lot of thought than goes into not just which songs, but in what order. I really like this idea of there being a 'right' next song. Not in the sense of a 'rightness' of a mathematical problem, but in the sense of a wine that goes with a meal. A wrong answer can completely ruin the experience."

He looks at the art of mixtape making, or DJing, as a type of collage - a new communication from other people's art. He says it's shaping up to be quite a long book, and likely to take him a few years to write.

On this holiday home, Dubber has proposed to his partner Michela Magas, who started Music Tech Fest and this year won an award for 'Woman Innovator of the year'. They seem deliriously happy together, and the pair living in Umeå,  a university town in the North of Sweden.

Drawn in by liberal Scandinavian politics, gender equality, the healthy lifestyle and even "the way that they handle recycling" he says his home in Sweden is the best place to come back to after travelling.

"It's an old farmhouse, in the middle of a forest, by a lake, where I've got a couple of big fluffy dogs ... there is happiness on tap."

Both had been living in the U.K. before that, Magas in London, and Dubber in Birmingham, where he'd held a position as professor of music innovation at the University of Birmingham.

But British University life was too staid, too stifling for Dubber, and he found himself more an more drawn into real life - within the music industry, but also into social change through music projects, which led him to places like Medellín in Colombia, working with young rappers trying to do something positive for their community.