The future of Australasian hip hop 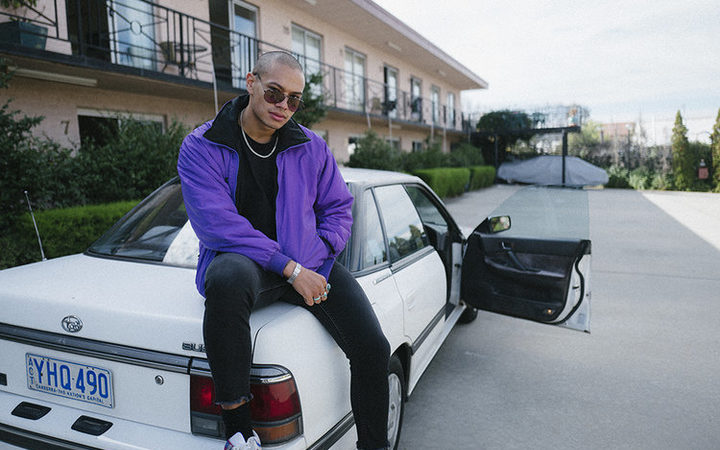 There are exciting new hip hop artists from both New Zealand and Australia releasing their first songs this week and RNZ's Leilani Momoisea has been keeping a close eye on them.

Turquoise Prince stands out in the realm of hip hop, the Australian rapper who has just released his first single is untypically flamboyant in a genre that often celebrates stoicism.

Freddie Mercury is his idol. He still listens to Bohemian Rhapsody just walking to the shops, and imagines what it would have been like watching him perform live.

"How wild he would have looked for people that had never seen someone that flamboyant, and that confident. I just love it. Nowadays, who have we got in Hip Hop ... that are comfortable being feminine, you know what I mean? People look at it and are uncomfortable, and I reckon it’s time for them to grow.’

Abdul Kay says he's no stranger to being online and being an attention seeker, so the exposure he gained following his 64 Bars appearance, and the subsequent praise heaped on him was everything he wanted and expected. But, it's been over a year since that bold arrival, and it's time to consolidate that strong start. His new single 'Right Now' looks set to do that.

For a more extensive interview with each of these artists, you can head to https://www.goodrally.com/