Rostam debut delivers on many levels 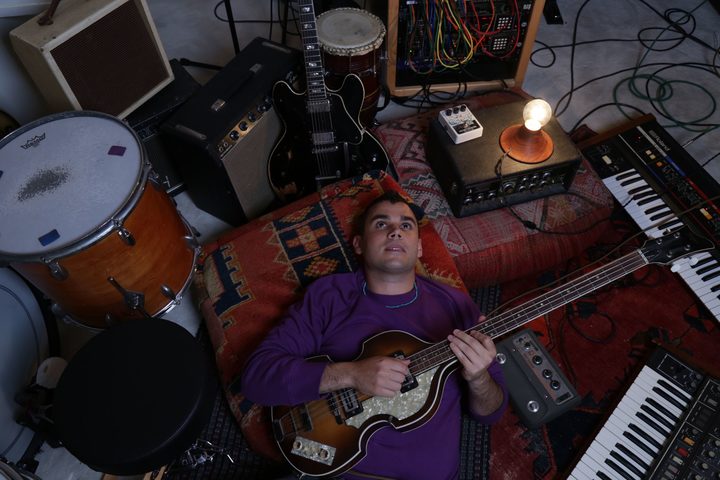 Rostam Batmanglij was the producer and co principal songwriter for the very successful Vampire Weekend, but he felt he had to part ways with the band, at least temporarily to focus on his debut album.

"I had things lyrically to say that didn’t make sense if they didn’t come from my voice. There was a story telling aspect and I think it was important to me to tell some stories."

Rostam history is closely tied with the stories he has laid bare here on 'Half Light', he was born in America the son of Iranian immigrants and his coming to terms with both his heritage and sexuality are themes that weave through the intimate songs.

"I do not identify as straight, I’ve always had a complex relationship with America. In some ways it was a safe haven to my family and in other ways growing up in Washington DC I was always very aware of the complexity and oftentimes the corruption of the political system."

With Rostam identifying with so many minorities in his home country you may imagine he wishes he could cast off the labels that he's been labelled with through his life, but that isn't the case.

"Interestingly I don’t believe that. With that logic you could say who cares about your identity as an Iranian you should just take the identity of whatever country you were born in.

"Well actually my parents very much believe in preserving their culture and there’s a lot that people don’t know Persian history … so if you start immediately deleting all labels I think you’ll lose something which some people call the ‘good different’.”

As well as the Vampire Weekend albums, Rostam has also produced for Frank Ocean, Solange and Haim but on his solo debut it seems that his love for complex string arrangements, choral harmonies and classical music theory are being given priority for the first time.

"I feel like all the music I’ve made in my career whether it’s Vampire Weekend or production ive done for other artists, I feel in some ways that everything that I do is interfacing with classical music. I was drawn to it as a kid and I sought out to know more about it and then eventually in college to study it."

"I think that I learnt the rules (of classical music) and I think in order to break the rules you have to know the rules. Some forms of music you can learn the rules just by listening but with classical I think it requires study.

"I think if you look at the history of classical music every generation of composer started to break the rules of the composers that came before them."

Rostams album Half Light is out now.