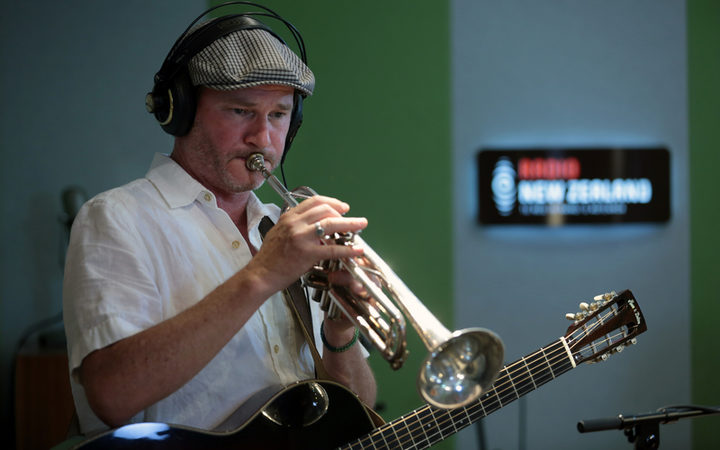 Since 2002 Auckland-born singer and songwriter Greg Johnson has lived in Los Angeles where he continues to write and record.

Greg's a multi instrumentalist fluent on piano, guitar, and trumpet.

For many years, he played around Auckland in the hip jazz band Bluespeak. He also has a solo repertoire of 12 studio albums that's seen him win New Zealand's Top Male Vocalist Tui award in 1995 and the APRA Silver Scroll Award for his tune 'Liberty' in 1997.

Greg is also a proud dad.

On this episode of the RNZ Mix Tape, Greg Johnson joins Trevor Reekie to shoot the breeze and play a few tunes.