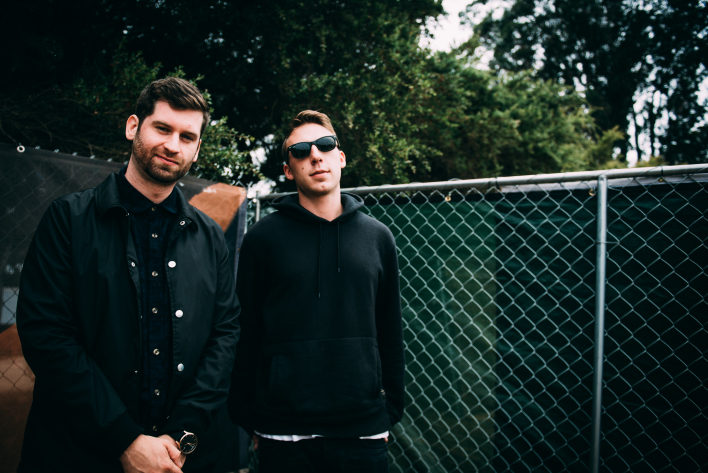 Odesza are about to release their new album and like most artists before to a big release they're slowly teasing their audience by drip feeding songs in the lead up to the main event.

You can imagine their surprise when fans started tweeting about a song they hadn't released yet.

"We were actually on the tarmac flying down to L.A when we got a tweet saying, 'Hey we love this new song,' and we were like, 'Wait, what?!'. We’re not sure how it got leaked exactly or who the individual was but usually when people are sharing music at an early stage, everything is watermarked.

"Unfortunately our first copies of demos and stuff weren’t completely secure in that sense so I’m not sure how it went down but someone decided to put it out there for the world to see and you know what, you can’t fight it so we went along with it. For better or worse I think it ended up alright."

Clayton Knight, who is one-half of the Seattle electronic duo majored in maths and physics at university, but he's not how much overlap there is between that and music.

"It’s interesting maths and music have a lot in common but a lot of music is feeling emotions and math and physics can be cold in some sense. A lot of electronic music does follow certain algorithms and I think that can almost run itself in a negative way because everything starts sounding the same.

"So I don’t want to say that math is the be all and end all to music and to what makes a successful pop song because I think really it is kind of magic in some sense. There is no algorithm to predict what makes a good song."

As they bring their live show to New Zealand and the world Odesza are also focussing on their local scene in Seattle.

"It’s an interesting time, it’s definitely a budding scene. Historically it’s been a folk, rock orientated city, but we’re hoping to kind of bring light to the developing electronic scene so we’ve started a label and are trying to put on shows and be part of the community and bring electronic music to the northwest."