Apple Music - 'credit where credit's due'

Nashville country artist and songwriter Victoria Banks is behind an online petition asking Apple Music to include liner notes on their streaming platform. She explains to Yadana Saw why this would be an easy fix for online music providers.

As streaming platforms become the norm for music consumption, how will dedicated music fans source the detailed information once found on album sleeves and liner notes?

“I think it’s a big oversight,” Victoria Banks says, especially  “in the information age that we are living in now when it’s so easy to put that information out there for us all to access that it’s not there.”

As a songwriter and performing artists herself she knows the music-making process intimately and that it often takes the input of many individuals to get a song finished, recorded and released.

"A song is one thing when it comes from a songwriter’s mind, but it takes those musicians, it takes those engineers, and the studio, and guitar sound and all of those things to make a song come together when you hear it in the end. And I know as a songwriter I rely greatly on all of the people who I work with in the studio, to make the songs become what they are. And so I really think that deserves equal credit.”

But Banks comes to her petition first and foremost as music fan who uses streaming services to listen to music, “ it drives me crazy that I can’t look on there to find out, not only who the song writers are, but who the musicians are and who the producers are that help to create that music. Because I feel like that is the way that I like to explore and find music that I love.” 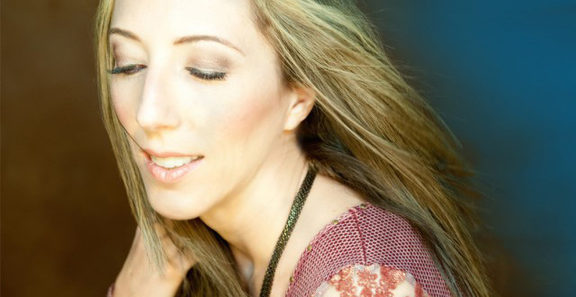 The idea of her petition came from this growing frustration and conversations with similarly-minded sorts. But her resolve was furthered when an RIAA board member told her about the tepid response the organisation received from Apple Music, “their listeners were not interested in knowing that so we don’t really want to talk to you [RIAA] about it.”

One Apple employee even told her that the petition was focussing her attention in the wrong place, telling her that “The database just doesn’t exist, and it needs to be mandated by the record labels...nobody really cares enough about that information to flip the bill, to create that database.”

In fact, Banks says to the contrary that “the Recording Industry Association of America are actually putting together a third-party database, with all that information in it.”  She even has a solution for streaming services. “One of the easiest ways they could do it would be link to an external site that you could click on from within their platform.”

Her final point is about fairness with other creative industries. “If a book comes out, you not only have the author of the book, usually written right there on the front cover, but there is also acknowledgements listed inside and you know who the publisher is, and you know, all that information is there, and I don’t think that music should be any different.”