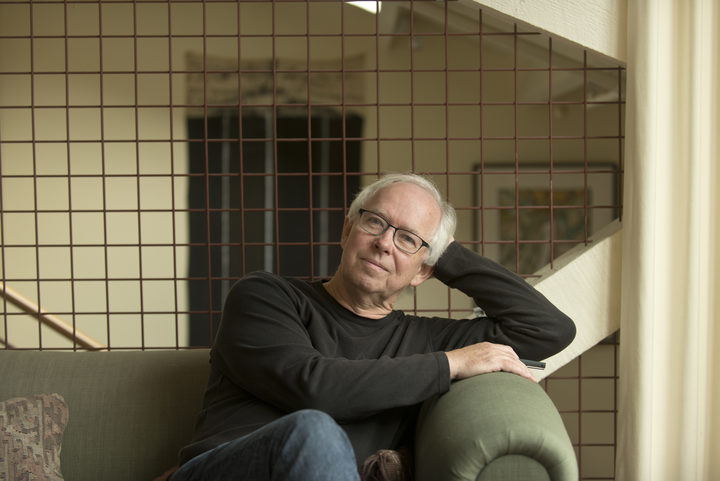 Friday, August 25th is the 20th National Poetry Day - and there are plenty of opportunities for people of all ages to hear, read, write and collaborate on poetry of all styles around the country.

Making the Mixtape today is Bill Manhire, one of our best known and acclaimed poets, and one of the most influential - he's taught hundreds of successful fiction writers, playwrights and poets over the years he was at Victoria University.

Pop up poetry readings, poems in boxes, a poetry phone line - these are just a few of the ways you can digest poetry on National Poetry Day. If you're in Whanganui, you could catch Glenn Colquhoun and Bill Manhire reading some of their poems alongside some from James K. Baxter. They're raising money for a bronze statue of the revered poet, to be positioned on Guyton St, "sloping into town once again".

Was Baxter a hero of the young Bill Manhire?

"I always had mixed feelings about Baxter" says Manhire. "Partly because I grew up in pubs, I think, I felt that I knew what real alcoholics looked like. He was a young guy who drank too much, and then knocked off. The people I knew were pretty long term about it."

Manhire's own father was a heavy drinker, but he was also the publican, running establishments in Southland and later Dunedin.

Bill says that growing up in the pub was "interesting." One of his earliest musical memories is of a crowd gathered around a piano, singing 'Haere Mai, Everything Is Ka Pai" with gusto.

"What I remember is… people happy in each other's company, happy in the world that might be opening up for them, because the war wasn't that long ago, and I suppose, happy at the thought that the Queen was going to make a royal tour in the year to come. The line 'you're welcome as the sunshine' - that was written about the Queen."

His father took over infamous Dunedin establishment The Crown Hotel when Manhire was approaching his teen years. As payment for poster placement on the hotel, the family would get concert tickets. He went to all the shows touring through the town - The Beatles, Peter Paul and Mary, Roy Orbison, The Everly Brothers.

"I bought 45s obsessively. The first 45 I bought was Connie Francis singing 'Lipstick On Your Collar'. Which was a world beyond anything I knew about - maybe I was hoping to be involved in it."

Bill soon discovered the music of Bob Dylan, which he said was transforming for him. He had some musical ambition as a teenager: "I had a guitar, I could play about six chords and thought I'd be a great folk singer."

But his introverted nature lent itself more naturally to writing. 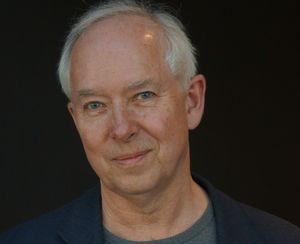 "They say musicians and actors are basically deeply shy people, and that's why they perform. But I think poets are a great deal shyer than them - It's safer to be in a room with a sheet of white paper by yourself."

He wrote his first poem aged seven, and can still recite it. He's says it's bad poetry, but marvels at his own vocabulary at that age. And he never stopped writing, despite the education system making poetry "part of the examinable curriculum."

Manhire, who spent forty years teaching at Victoria University, is critical of the way poetry is taught at high school, and reckons the joy of it is sucked out by critical analysis.

He has advice for English teachers: "They should just go into class with a poem, maybe something by Frank O'Hara, or Jenny Bornholdt or Hera Lindsay Bird - not one that they've prepared a lesson around. Just read it a few times, see what we think of it, work it out together."

Hera Lindsay Bird was one of his last students at the International Institute of Modern Letters, which Manhire set up in 2001 and retired from in 2013. She name-checked him in her NSFW poem 'Keats Is Dead….' with the line 'Bill Manhire's not getting any younger'.

"You could have a complex reaction to it. I just thought oh, that's entertaining. At least I'm up there with Wallace Stevens and Wordsworth and Keats."

He's heartened to see a poet like Bird "breaking out beyond all the school rooms and the concert halls and all the sacred places that poetry is held most dear…. She's brilliant on twitter."

He sees the digital realm as an powerful medium for modern poetry.

"The really good thing about new media for New Zealand poets, is it lets us get offshore. The thing that would have been a problem for someone like Baxter, is getting his poetry seen outside of New Zealand. Because he ought to be world famous. That sort of problem doesn't exist for poets now."

Tell Me My Name 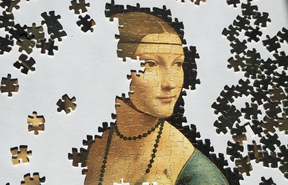 Riddles are the subject of composer Norman Meehan’s latest project. He’s set 13 riddles by poet Bill Manhire to music, which are sung by Hannah Griffin. Tell Me My Name marks the fifth collaboration… Audio

Listen duration 21′ :00″
Add to playlistPlaylist
Download
Tell Me My Name