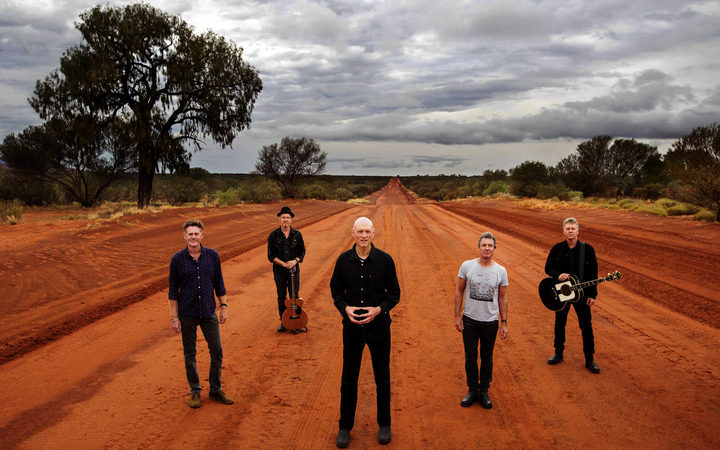 One of Australia's best loved rock bands has reformed for a world tour after a 15 year break for political reasons. Trevor Reekie talks to the band's kiwi bass player Bones Hillman (Suburban Reptiles, The Swingers) about Midnight Oil.

Australian rock band Midnight Oil (aka "The Oils" to their legions of fans) originally performed as Farm in 1972 around Canberra. By 1976 the band relocated to Sydney, changed its name to Midnight Oil and acquired a manager Gary Morris. The band went through a couple of line up changes that saw Kiwi bass player Bones Hillman (ex Suburban Reptiles and the Swingers) join in 1987.

The band’s work ethic, political activism particularly in aid of anti nuclear, environmentalist and indigenous causes along with a bunch of successful albums and singles has seen the Midnight Oil achieve extraordinary success.

In 2002 the Oils disbanded so Garrett could further his political career. Now they have reformed and announced their first world tour in two decades.