Moonshine Freeze by This Is The Kit

Kate Stables might not be a household name yet, but she’s earned herself some impressive fans. Over the course of her career under the name This Is The Kit, she’s earned plaudits from Elbow’s Guy Garvey, Sharon Van Etten, and Bryce Dessner from the National, who produced her third album, Bashed Out. And her fourth effort Moonshine Freeze might just resonate with a broader audience. 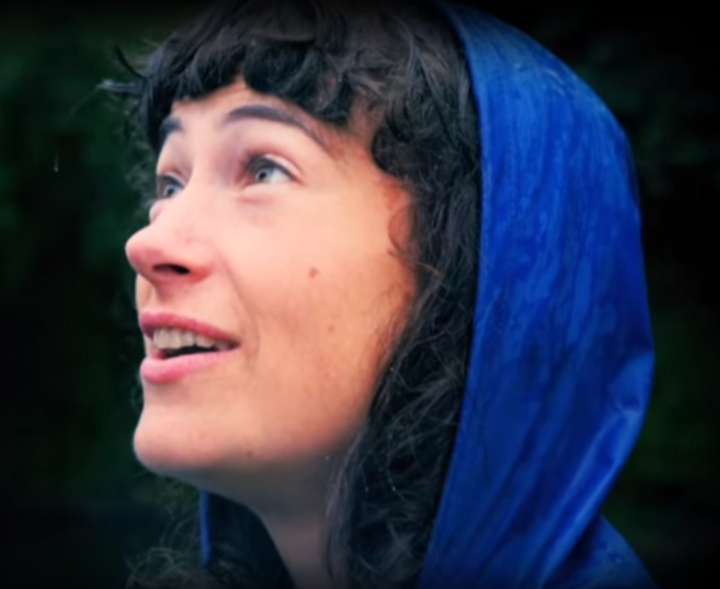 Kate Stables AKA This Is The Kit Photo: youtube

It’s the sort of spry, harmony-rich alt-folk that Sufjan Stevens made his name with, and Stables, whose voice is front and centre, has similarly beguiling melodies. Hers is a cool, calm delivery that never rises far past speaking volume, and is distinctly British, with properly enunciated 't’s, rounded vowels, and occasional slang.

Stables can make the most of a handful notes, usually courtesy of her preferred instrument: the banjo. It’s a very American choice for an artist so resolutely British. A quote on her Bandcamp page even reads “You thought you didn’t like the banjo but you were wrong pal.”

Moonshine Freeze was produced by longtime PJ Harvey collaborator John Parish, who recently helmed Aldous Harding’s Party. And similarly to that album, all the arrangements here are stripped to their essence. Compared to Bashed Out this is much looser; less precise. Instruments tend to bump up against each other rather than locking in too much, which helps funk-tinged numbers like the title track keep from feeling overly slick.

Moonlight Freeze (the song) showcases This Is The Kit’s somewhat unconventional approach to lyrics. The words were inspired by a children’s song that was taught to Stables and her daughter. She explained “At the end it goes ‘moonshine, moonshine, moonshine – Freeze!’ and everyone has to stop moving. And it really pierced me somehow. I think there are certain lines and melodies and little rhythms that hook into you and send your brain in spirals.”

Stables favours the whimsical and her words don’t reveal much about her personal life, but speak volumes about the contents of her mind. They can often seem nonsensical but are imbued with meaning by the strength of the melodies.

Her voice has a mournful quality that’s affecting, but slightly detached. Any dynamism comes from things like a male baritone lending harmonies, a sudden guitar lead, or the frequent slivers of brass that pop up throughout the album. It’s a warm, inviting listen from an artist who puts her quirks front and centre, but always uses them in service of a good song.