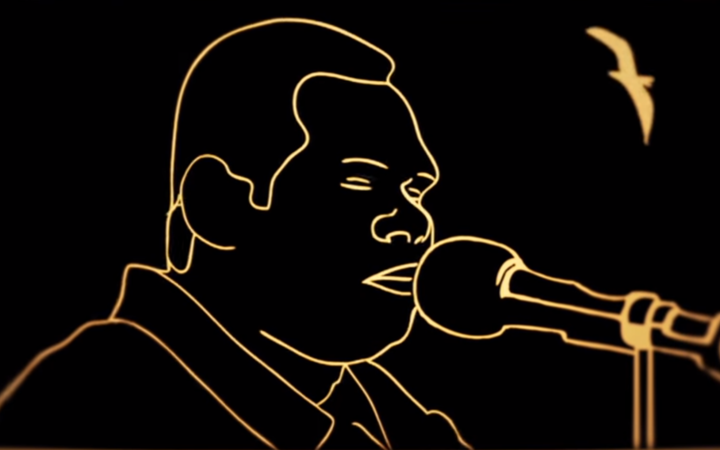 Australian Aboriginal Musician G Yunupingu died yesterday, aged 46. Born blind, he gave voice to the marginalised people of his home, Arnhem land, and sang in both Yolŋu and English.

Rolling Stone magazine called Yunupingu "Australia's most important voice" when he graced its cover in 2011. He was the highest selling indigenous artist from Australia, selling over half a million copies of his albums worldwide.

Born in Galiwin'ku, Elcho Island in 1971, he quickly showed a fascination for music and learned to play percussion, guitar, and keyboards. His moving, soulful tenor voice captured audiences all over the world, first with his bands Yothu Yindi and Saltwater, and later as a solo artist.

RNZ's Nick Bollinger saw him at WOMAD and says "He's one of those performers that draws you in rather than reaches out to you. He was a magnetic performer."

Dr G Yunupingu's first name, face and voice have not been used in this article for cultural reasons.