From Super Rugby stadiums to the theatre stage in Haiti and the ethio-jazz clubs of Addis Ababa, Lucien Johnson and his saxophone have performed in many different places far from his Wellington hometown. As this week’s mixtape guest he shares tunes and tales from his travels. 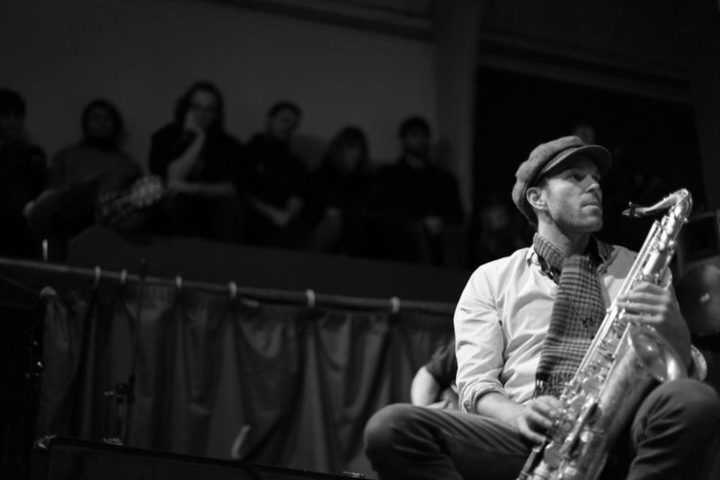 Lucien Johnson may not be a familiar name but the sound of his saxophone has featured on albums by the Black Seeds, Hollie Smith, The Phoenix Foundation, Lawrence Arabia, Lord Echo, and The Yoots.

He’s also played across Europe and many other exotic spots around the world with respected artists such as Mulatu Astatke and Sun Ra bassist Alan Silva. But he only came to the woodwind instrument as compromise from playing the piano. “I’ve actually got no idea why I chose that but I did.” He admits that his mother, an accomplished harpist, probably would not permit him to play the drums, and so he half-heartedly took up the saxophone. 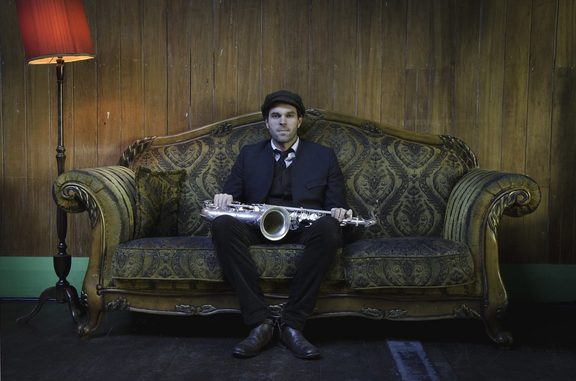 It wasn’t until a high school teacher took the young Lucien to jazz concert that “something clicked”, and he fully immersed himself into instrument, although at the cost of his school marks.

“What I was attracted to in jazz was this defiant spirit. And later when I went to jazz school I found that had been all sucked away from it.”

Fascinated by the origins of jazz, "at some point I started thinking ‘well this actually Black music, this is music derived from Africa, and I know virtually nothing about it...the least I could do was actually learn about it.’”

This interest led him to places as far flung as Haiti, where  Lucien worked with voodoo drummers and immersed himself into the traditions of Haitian rhythms “There were about 20 or 30 different basic rhythms and each of these rhythms had a very definite and distinct meaning.” Some rhythms even directly represented the Haitian revolution.

Eventually Lucien returned to his hometown to commence a doctorate in composition at the Victoria University School of Music. His research examined “how music travels around the world and the idea that Ethiopia was kinda the focal point of it.” He traces the journey of particular Ethiopian artists who were mostly “influenced by other music from the States, from the Caribbean, from West Africa and even from Europe. And they had assimilated all these influences from other places and made it something else when they combined it with their own music.”

Citing his own attraction to the “whole harmonic and melodic universe” of Ethiopian music. Lucien then examined how Western musicians recreated their own Ethio-influenced music. Of which he had first hand experience, even accompanying Ethio-jazz pioneer Mulatu Astatke onstage during his 2016 Wellington Jazz Festival appearance.

On the back of that he “hooked up with Mulatu again in Ethiopia and I hung out with him quite a bit and played one night at his club. He said to the band, ‘Do you mind if this guy gets up with you?’ and they of course say yes because everyone in Ethiopia does what Mulatu says.  Everyone was quite astounded that here was this tall white dude who could play Ethiopian music.”

Mulatu Astatke composer, multi-instrumentalist and all round music pioneer discusses what it's like to create an entire musical genre. From special guest appearances with Duke Ellington in the 1970s… Video, Audio, Gallery

Artist: Idris Ackamoor and The Pyramids
Song: We Be All Africans
Composer:
Album: Label