Julien Baker feels completely at home in her girlfriend’s arms

Being Queer, Christian and from Memphis seems like an unlikely combination, but 21-year-old singer songwriter Julien Baker embraces all three with pride and ease.

Julien says she feels completely at home within her community, her church faith and in her girlfriend’s arms. “I just got to the point where I felt like that division of two very essential parts of my personality was not sustainable anymore and I could no longer support the idea that there was a god who could create me to be who I am and to persecute me for it.” 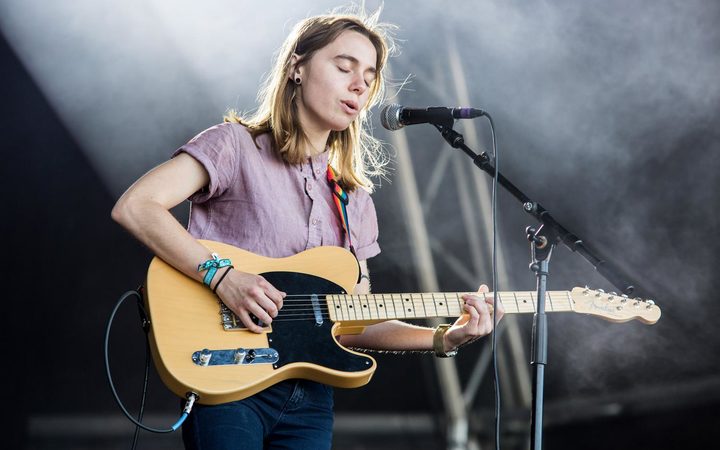 Julien grew up in the thriving Memphis music scene and in a DIY punk community called Smith Seven. It was in these formative years she started her first band called The Star Killers which then became Forrister. In 2014 she recorded her first solo debut album Sprained ankle on 6131 records which gained critical acclaim, and caught the attention of Matador records, to whom she is signed to for her forthcoming sophomore album, rising up and joining the ranks with the likes of Cat Power, Kurt Vile and Perfume Genius.