Sounds that send shivers up your spine 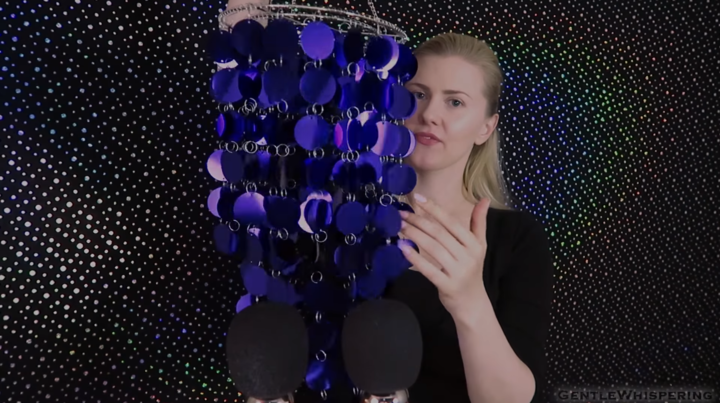 If you've ever gotten goosebumps or a tingling sensation while listening to music you're probably receptive to ASMR.

Autonomous Sensory Meridian Response (ASMR) is a term that's only been in existence since 2010, but refers to a phenomenon that's presumably been around a lot longer.

According to Professor Grant Searchfield, head of Auckland University's audiology department, it's "a shiver response to auditory or visual stimuli. It tends to be certain sounds, often sounds that are perceived as being quite close, in and around the head, like whispers".

A thriving Youtube community has sprung up around ASMR, providing receptive people with an array of sounds that might provoke a physical response in them.

Many users describe a sense of euphoria or calm triggered by the whispers, rustles, and clicks on offer. As the effect has become more well-known it's inevitably crept into music.

Alistair Deverick, AKA Boycrush, is an electronic musician who's receptive to ASMR, and sometimes features sampled whispers in his music. Not necessarily to trigger a response in listeners - he's just a fan.

"In ASMR sometimes you can hear the breath coming through but the word doesn't quite make it. I think there's some emotional quality to that."

Electronic artist Holly Herndon collaborated with a Youtube ASMR artist (Or ASMartist) Claire Tolan, for her track 'Lonely At TheTop'.

She told Pitchfork "What got me into ASMR was how these hyper-domestic sounds that people are sharing over the Internet are physically impacting and touching strangers. I find that really beautiful."

Bevan Smith produced the last Glass Vaults album. He also makes music as Introverted Dancefloor (and previously as Signer and Aspen). Bevan was inspired by the sounds of breathy vocal takes, which he then applied to his whole album, to create an intimate sound.

"I was like, maybe I could copy the sonic qualities of this vocal onto other instruments. It was like a piece of the jigsaw puzzle fell into place. Let's move into this ASMR-type effect"