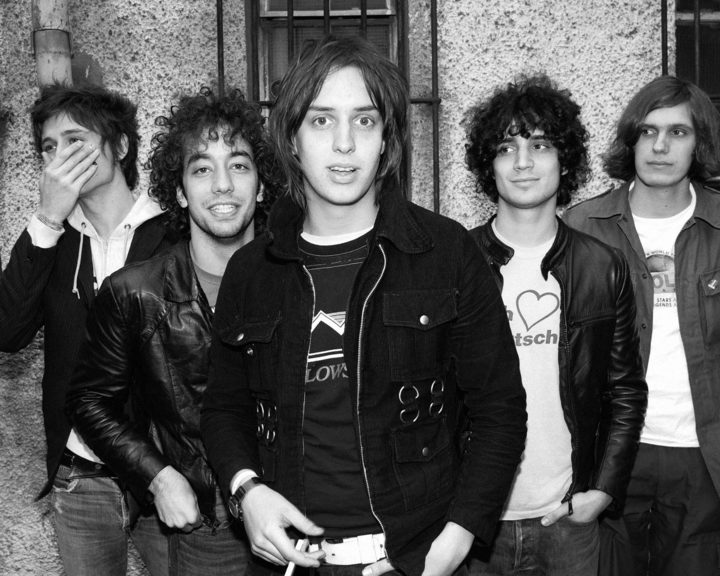 When The Strokes released Is This It? in 2001 I was at a pivotal moment in my life - a young teen trying to figure out my own identity and the cultural signifiers I wanted to hang it on.

Music hadn’t been a big part of my childhood up until then, and The Strokes introduced me to music far beyond what the top 40 radio stations were playing at the time.

I would look up the music of any band mentioned in the same sentence as them, whether they were an influence, a peer or a supporting act. This led me to the likes of The Velvet Underground, Lou Reed, Yeah Yeah Yeahs and The Libertines. I remember my mother once teasing me because all of the bands I listened to began with ‘The’.

I would catch the train into the city after school, and spend hours reading international music magazines at the Central library, or browsing the racks at Real Groovy looking for rarities and singles to spend my babysitting money on.

If I wasn’t in town, then I was on the computer at home, rearranging my Myspace top 8 and downloading songs off Limewire while chatting with other fans in online forums on an agonisingly slow internet connection.

So I was delighted to learn of Lizzy Goodman’s Meet Me in the Bathroom (MMITB), an oral history of the New York scene featuring all of those bands I was so obsessed with during a formative time in my life.

The 600-page book covers the years between 2001 and 2011, starting with Jonathan Fire*Eater and working its way through the intervening years to Vampire Weekend and The National.

Although the subheading for the book is ‘Rebirth and rock and roll in New York City’, it also features bands from elsewhere who were swept up on the same wave: The White Stripes, Kings of Leon, The Killers, Franz Ferdinand, The Libertines… even Cambridge’s own The Datsuns are mentioned.

Goodman’s book is comprehensive, entertaining and revealing; her own participation in the scene helped her to gain access to, and the trust of, the musicians featured. The in-depth interviews and inclusion of key figures means that MMITB deserves a place on your bookshelf alongside Gillian McCain and Legs McNeil’s classic punk rock oral history, Please Kill Me.

The Strokes were the central band of the scene, and feature heavily in the book, as does James Murphy whose DFA Records, work with The Rapture and his band LCD Soundsystem helped to bring dancing back to New York bars.

Of course, the best moments of the book are the most scandalous: The Strokes cutting Ryan Adams from their friend group in an attempt to curb guitarist Albert Hammond Jr.’s heroin addiction; James Murphy and Tim Goldsworthy of DFA Records going their separate, bitter ways; the drug-fuelled partying that went on during those early promotional tours in the UK, and what The Strokes think of the bands who took their formula and achieved greater success than they did.

One of the most enlightening subjects was Karen O, who spoke about her experience as one of few women in that scene, and how she and her band Yeah Yeah Yeahs often felt like the outsiders because of it.

The one voice missing from MMITB is Carlos D, Interpol’s gothic bass player, who left the band in 2010 and completely dropped off the radar, according to his former bandmates. Now working as an actor, he stopped responding to Goodman’s interview requests.

The book also highlights how drastically the music industry changed during this period – Napster was shut down in 2001, but that did nothing to deter music fans from downloading music illegally. The early music blogs helped to propel these bands to a wider audience, but Interpol were devastated when their second album Antics was leaked online three months before its release date in 2004.

Although the New York scene lives on at house parties where ‘Last Nite’ is still a crowd-pleaser, and with new releases from The Killers and LCD Soundsystem, there is no denying that in the early-mid 2000s, New York City really was It.