Bill Frisell: "It's okay to call it jazz"

“Guitar genius” Bill Frisell is the opening act of the 2017 Wellington Jazz Festival, interpreting cinema and TV soundtrack music of the 20th Century.

The electric guitar has always loomed large for Bill Frisell. The genre bending musician and composer has been a leading light in jazz and experimental electric guitar playing since the 1980s and for as long as he can remember he has been attracted to the instrument.

“The guitar has this way of bringing people together. One person has a guitar and a bunch of people get together and start singing … It seems like some kind of magic wand or something."

Frisell sees the guitar as part of the culture of 1950’s America. Growing up in that decade, he was fascinated with the new advances of the times.

“I got interested in racing cars, rocket ships and going to outer space and all this kind of fantasy world”.

And Fender’s Telecaster guitar, first produced in 1950, was part of what captured his imagination.

“There’s something I loved about the fact that those guitars came about just about the same time that I was born. It’s just sort of this basic, mass-produced electric guitar and they really got it right, just from the beginning.” 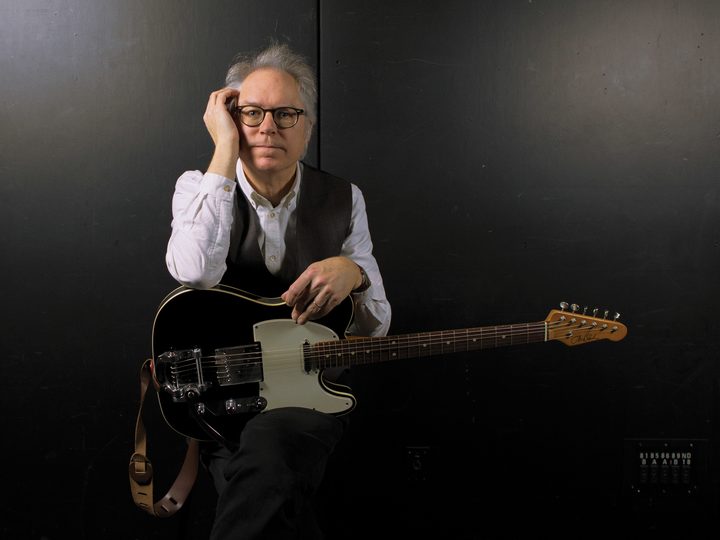 Television, of course, was how he discovered these things and he acknowledges that it was a big influence on him. It was this connection to the TV and films of the time that lead to his album of theme tunes and soundtracks, 'When You Wish Upon A Star'.

“I was 3 or 4 years old when my family first got a television and, whether I like it or not, it was just part of everyday life. I’d watch way too much television …the music and the film….it becomes impossible to separate them.”

Frisell says film and television music provide a connection to his past, one that he feels when he and his band perform these tunes.

That connection continues on his latest album, a collaboration with double bassist Thomas Morgan, that includes a version of the Goldfinger theme. Overall though the album is a slightly more traditional jazz record.

“It’s live from the Village Vanguard. Basically we just had a list of songs that we played. We didn’t even play them in a set order. It’s really just a document of that.”

Despite being recorded at one of New York’s most prized jazz clubs, the music on Small Town is not necessarily straight jazz. Frisell brings aspects of folk and country into his playing that lead to unexpected places. But given his history of experimenting with genres and blending different kinds of music, Frisell is still happy to be called a jazz musician.

“When I was in high school and I discovered so-called jazz music…to me it’s not really a style. I guess what I thought it was, when I discovered it, was music where there were no boundaries and where anything was possible.

“For me it’s okay to call it jazz. I just don't like it when people use those names to keep things separate from one another. It’s really just all music and there’s no reason why music can’t all be together.”