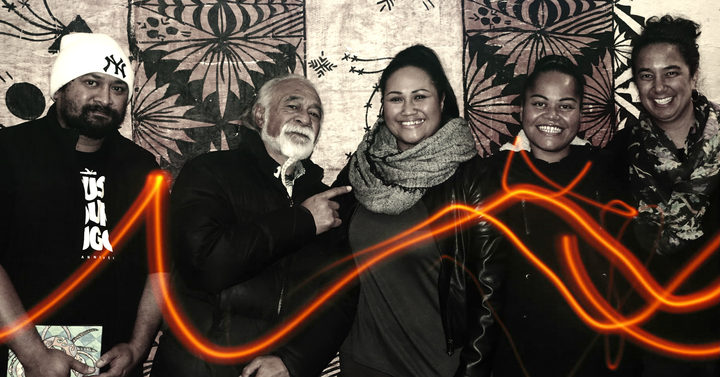 Aaradhna and SWIDT are among the well-known nominees. But the depth of Pacific musical talent in Aotearoa doesn’t stop there.

To celebrate this year’s award ceremony Music 101’s Alex Behan and RNZ Pacific’s Indira Stewart convened three of this year’s nominees for a roundtable on the health of Pacific music and it’s importance to our culture.

Here's what they had to say.

Veteran musician Tigi describes how technology has changed the way artists are now telling their stories.

“They can work from home, the audience is the whole worlds out there all of a sudden and it doesn’t take so long, it’s taken me 25 years, they can make [a song] yesterday and it’s [instantly] all over the world.

“Very Healthy. Pacific music is very healthy indeed. Skills, talent … and our people are coming in with a new wave of technology, very talented. We’ve always said we need to tell our stories and it’s continuing on like that and some of the solutions are within this younger generation. 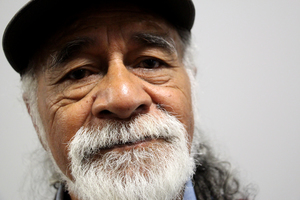 “Pacific Island music is into Hollywood now and to see our Pacific people succeeding like so and being recognised like so is great. Still though, we need to tell our own stories ourselves, act, the whole thing. We know that we’re as good as anybody else out there, Moana (the movie) is just the tip of the iceberg.

“It’s about justice and equality and peace and all of that. That’s what we Pacific people feel and have lived by to get where we are today. Right at the head of it all is God. We can’t praise God if we’re hungry or if we’re locked up.”

Singer-songwriter Annie is using her platform to share messages of hope and her faith.

"There is always hope. That’s what ‘Unchangeable Love is about. I’ve lost three babies and so this song was recorded out of the brokenness of my heart, it’s a cry, to let people know that you’re not alone. To know that there is an unchangeable love that will sustain you in the midst of whatever you may go through.”

“‘Loimata le Fia Fia’ is translated as ‘Tears of Joy’ and it was written by my mother. this is her story. This is her story of triumph. She went through some things as a young girl in Samoa, came here got married and ended up in a divorce and this is her story in a beautiful Siva Samoa song.

"I was there when she wrote it, she was crying, this was such a huge relief for my mum and it was powerful because she said to me Annie, this is going to be the most popular song on your album, and you know what, she was right.”

Neo-Soul Funk Diva, La Coco, has brought a fresh sound to the Pacific music scene in her long-awaited EP album ‘Love & Other Things’.

“Right now it’s my time to step up, take everyone’s teachings and you’re ready Coco, it’s time to get up. Get out there and let the world see you.”

“I wrote all the arrangements and vocal lines and all the sounds. I believe, going off the whole faith thing, that before we even started he gave me all the words for the EP before I even got in the studio.

"It was already written, all the arrangements all the sounds everything I wanted to put down on paper it was already there. So I just had to get into the place, these people came up and we got in there and it was easy as, when it’s right, it’s right.

“Like many stories about Pacific artist and growing up in the church and I’m one of those for sure, I’m that child. I’m really thankful for my background, choirs, praise and worship.

“Also, on this EP Love and Other things I wanted to write something that’s not sexually provoking. I work with kids in one of my three jobs, and working with kids from the age of five, new entrants all the way up to college and I know the type of music they’re listening to and it’s provocative.

"I wanted something where there was a love for the music, it’s real it’s wholesome; it’s uplifting you know raw also, but it’s real.”