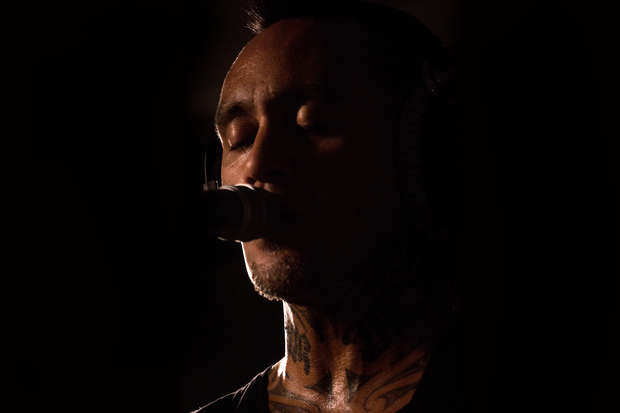 The current tour of the stage production Tiki Taane Mahuta is “a career highlight” for Tiki Taane. He's the musical inspiration behind the show, which combines hip hop, contemporary dance, mau rākau and kapa haka. He tells Yadana Saw it’s about as close it gets to having a biopic made about his life.

The tale would encompass youthful hi-jinks, drug dealing, music, breakdown and redemption - that's what Tiki Taane Mahuta collaborator Tanemahuta Gray thought when he heard Tiki’s first solo album, 2007’s Past, Present, Future and its follow-up In The World of Light. 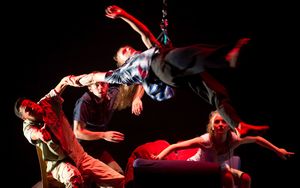 The albums were his first after breaking out from his 11-year association with  Salmonella Dub that began when he was the live sound engineer for the band.

He then featured on Salmonella Dub’s second album Calming of the Drunken Monkey. You’ll hear his very “dubbed out” and “filtered” singing. But it was after he wrote ‘For the Love of It’ that things changed.

“People thought I was the frontman. People would come to a gig and they’d see me behind the mixing desk, mixing the show and then at the end of the show I’d run all the way through the crowd up onto the stage, pick up the acoustic guitar and then I’d play and sing that song. It was really cool at first... but then it got to a point around 2003 where I needed to be onstage full time.”

From that point Tiki fulfilled his youthful ambition to be the ‘selfish, narcissistic, drugged-out rock and roller”. But after 17 years of hard living, “I was just broken. My wairua (spirit) had had enough.” He’d also fallen back into the gangs, who controlled all the drugs that Tiki was taking.

What followed was his well-documented recovery and admission of addiction. And the belief of his mum, Lyn, who remortgaged her house so that he could record his debut solo album Past, Present, Future.

“I had nothing, I left Salmonella Dub and I was broke, homeless and coming down off of a 17-year high”

The album went platinum. Tiki has since gone on to replicate such success particularly when he co-produced Six60’s debut album. Since then he’s worked with local artists such as Ria Hall, Rob Ruha, The Adults and many others.

Beyond music he’s keen to share his story “there’s no harm in talking about this stuff and be open and as raw as possible because that’s when people can connect and resonate. We can start healing and working through ways to help each other.”