A musical history with Tami Neilson

Tami Neilson's eyes sparkle when she talks about her dad.

"I grew up singing this song with my mum and dad and my brothers in the Neilson family band. My dad sung the lead on this song. My dad had a massive voice so this is a really special song for me to sing in the show and it’s one that’s close to my heart that I’ve been singing my whole life."

She's speaking about 'God Don't Never Change' by Blind Willie Johnson. That song and other well-established classics make up the first half of the show she's about to take on tour around New Zealand, 'Tami Neilson Sings the Songs of Sinners'. 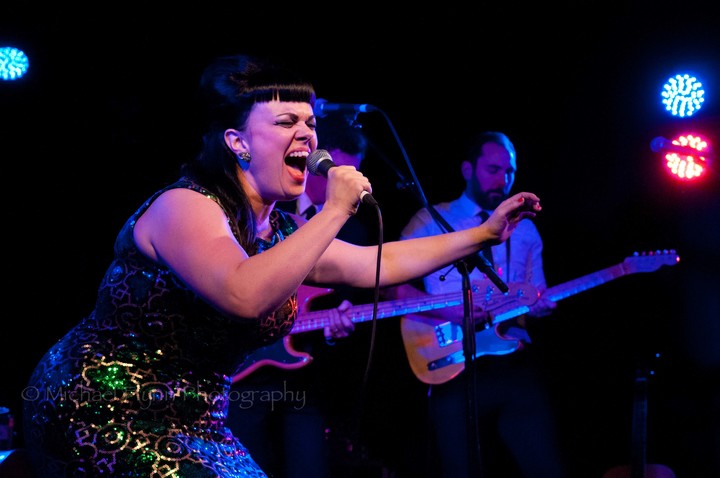 Neilson tiptoes through songs by The Staples Sisters, Mahalia Jackson and Ray Charles, as well as traditional gospel songs, then brings her hot-rockin’ band back for a second half of originals.

She says gospel is the foundation of rock ‘n’ roll.

“It’s music that has shaped our entire culture and all of the artists we love today, it’s a show about how gospel and blues and really early roots music in North America became rock ‘n’ roll.”

In some cases quite literally.

An early Ray Charles’ smash ‘I’ve Got a Woman’ is a lift of The Southern Tones’ ‘It Must be Jesus’.

“Ray Charles obviously loved it and took the music, the melody everything and wrote ‘I’ve Got a Woman’ that’s how he got his start.”

Gospel was also a proving ground for artists who eventually crossed over to mainstream pop, Neilson says.

“Performing until you ‘shouted’ your audience, which meant getting the sisters and brothers so riled up that they’d be shouting and dancing and clapping - if you did not shout the audience you’d failed as a gospel singer.

“It’s how all of these people cut their teeth on how to become a performer.” 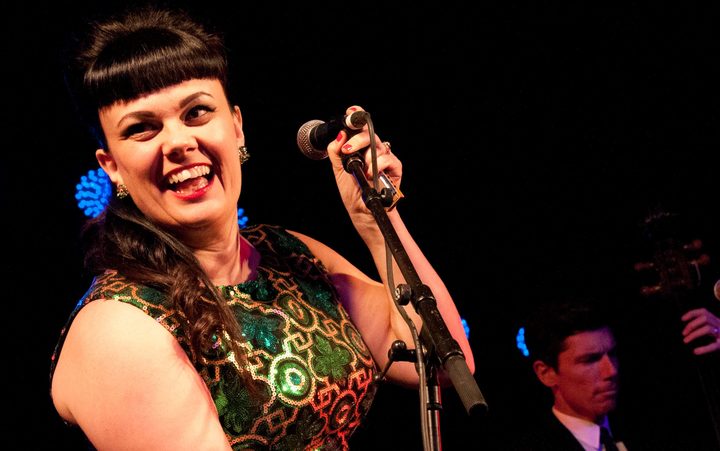 Some of the artists crossed over from gospel or used its style as the foundation for a pop career – but Mahalia Jackson, a giant of gospel, stayed true.

“Where do you start? Mahalia’s voice is like a canyon, it’s just incredible. She was the granddaughter of a slave and she was an integral part of the civil rights movement.

“She toured with Martin Luther King. Most artists ended up crossing over, going to the dark side, she stayed true, she would only perform in churches, she would not do secular shows, she would not sing on Sunday mornings.”

“I opened for her a few weeks ago … I asked her to adopt me! She’s this woman that radiates love and joy and such a history. Mahalia Jackson passed the torch to Mavis when she was a teenager, this woman is history incarnate.”

Neilson says Staples watched her perform form the side of the stage and got an emphatic endorsement.

“I heard her before I saw her I was singing and I heard that real signature Mavis clap during the off beats.

“And then I just heard ‘Yeah!’ and I looked over and she was doing the hallelujah testify hands! The church lady hands! “ 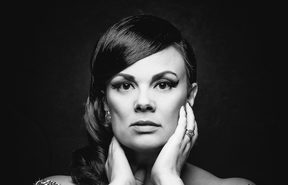 Musical guests compile a C60, and talk us through the selections. This week, award winning Canadian-born country musician Tami Neilson with a selection of early influences and new discoveries. Audio