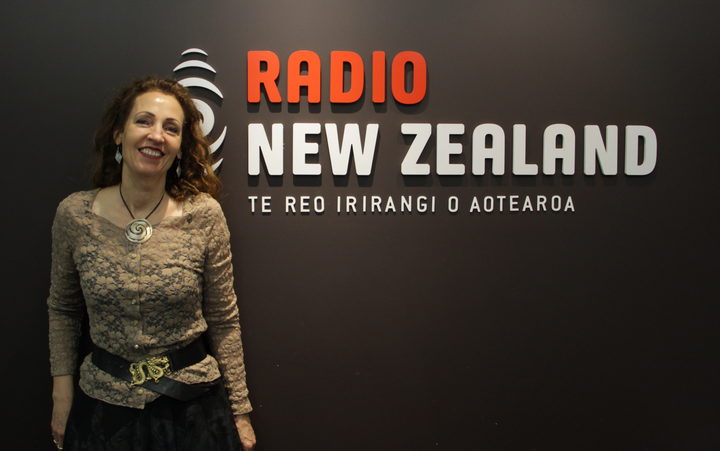 Julie Foa’i manager of Pacific-fusion juggernaut Te Vaka is this week’s mixtape guest. She shares stories from band’s humble beginnings at the family kitchen table to writing the soundtrack to Disney's Moana, which has an uncanny resemblance to her husband's Pacific roots.

The genesis of Te Vaka follows a storyline not unlike Moana. In the film, the young protagonist Moana is beckoned by the open sea to follow the path of her voyaging ancestors.

Similarly, Te Vaka’s Opetaia Foa’i had his own Grandma Tala telling him to sing the songs and share the stories of his Pacific Island roots according to his wife and band manager Julie Foa’i.

“He connects to the ancestors somehow and they told him to do this. He didn’t even tell us. He told us later. We just knew he was driven.”

Upon hearing her husband’s fatele (The traditional songs of Tuvalu) inspired compositions, Julie “knew that the world was going to love it” and presented the then nascent Te Vaka with her “crazy” plan to share their music with the world.

The technological limitations of the early 1990s - no internet, physical music formats and impenetrable music industry underscored the distance from the band’s headquarters (the family kitchen table in the West Auckland’s Laingholm) to their intended audience.  But that didn’t deter the passionate and driven Julie,

“There was no email in the beginning, it was just sit on the phone at 2 or 3 in the morning and call people. The baby was just born, and she didn’t sleep anyway.” 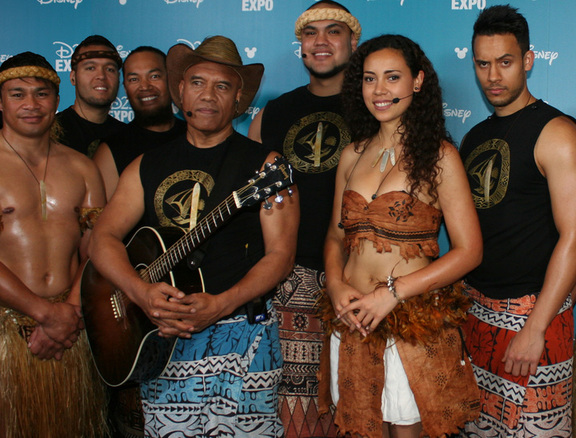 Olivia Foa'i standing to the right of her father Opetaia. Photo: supplied

That baby is Olivia, Julie and Opetaia’s youngest child who joined the band aged 2 and still performs alongside her brother Matatia who was onstage from the age of 6. Te Vaka is first and foremost a family endeavour, cousins and other relatives also feature in the band’s line up.

Many of them performed on the famous Disney soundtrack and were flown to Los Angeles where the recording took place. Te Vaka’s involvement in the animated movie extended beyond the music, as Opetaia and Julie were staunch in their belief that Disney’s representation needed to authentic:

“We’ve never compromised and we weren’t going to comprise on this. The worst thing in the world would have been to be involved in something we weren’t proud of.”

The response to the film and the soundtrack has been positive despite concerns of cultural appropriation prior to the movie's release. For Te Vaka, the feedback has been consistent with what the band initially set out to do.

“I’ve really felt it’s been a uniting force for Pacific people. Every day we have emails from all over the world where people have found Te Vaka music from the movie and it’s just moved them. Their children are learning Tokelauan and Samoan. It’s just everything you could have hoped for to be honest.”