Perfume Genius tries to bury his past 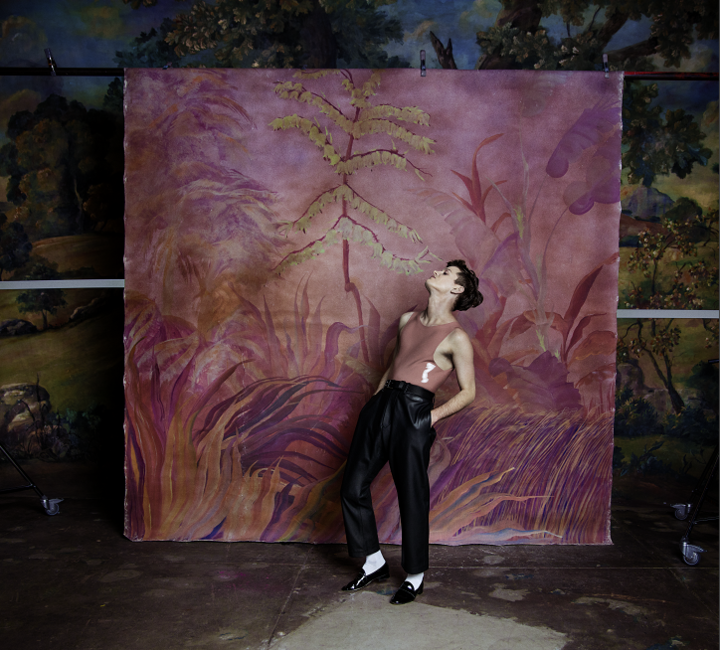 Mike Hadreas AKA Perfume Genius received rapturous acclaim for each of his first 3 albums, particularly 2014's Too Bright, which wound up on many "Best of" lists. As his new album No Shape is birthed into the world, Mike talks to Music 101's Tony Stamp about drawing influence from Edward Scissorhands and The Neverending Story, 'manspreading', and learning to be happy.

Growing up as a proudly gay man in Seattle, Mike Hadreas was the victim of repeated harassment and physical assault. His resulting anger and feelings of persecution were channeled into his first three albums as Perfume Genius, through music which segues between intimacy and outrage.

The fourth Perfume Genius album No Shape, newly released to glowing acclaim, finds Mike putting his demons to rest, and looking toward a more positive future. He told Music 101: "When I first started writing music, it was all dark, and decaying. It was all demonic chanting and drones. When I started writing these (new) songs, they were a little more warm, and it felt a little more honest (about how I feel now).

It's a lot harder to pull off something that's warm, something that makes your heart swell, or is triumphant or hopeful. But I still feel like there's enough dissonance mixed in".

Hadreas has spoken about being influenced by singers like Patti Smith, Liz Phair and PJ Harvey, and says for the new album he surrounded himself with women. When asked if it's a rejection of 'toxic masculinity', he says "I wanted it to be about that, but then it ended up being this weird admission that I'm sort of attracted to it... I mean, I hate 'manspreading', I'm against 'manspreading', but I'm sort of weirdly attracted to someone that would have so much confidence, and feel like they could take up that much space"