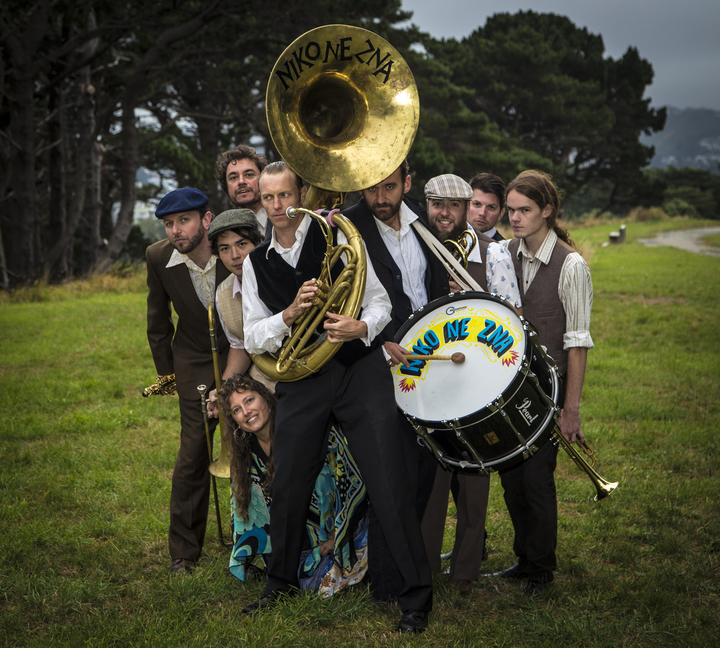 Niko Ne Zna are a Wellington Balkan brass band who get dancefloors jumping as soon as they take the stage. They pack out gigs around the country, and have just done their first shows in Australia. The nine piece had three songs on the soundtrack to Taika Waititi’s vampire spoof ‘What We Do In the Shadows’ and played at the premiere.

They release their new album Babushka’s Balkan Banquet on Friday at the Croatian Cultural Society clubrooms – and it’s a dinner and a show kind of affair, so come with an empty belly – Niko Ne Zna take their food as seriously as their music.

Kirsten Johnstone gets the recipe for Babushka’s Borscht.

Babushka’s Balkan Banquet is out on Friday April 28th.