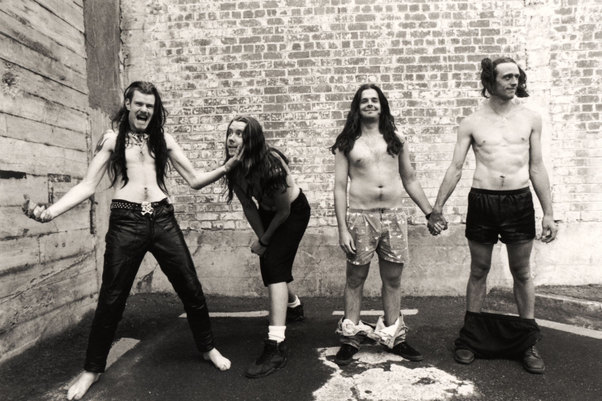 Head Like A Hole are about to celebrate the 25th anniversary of their debut release Thirteen by hitting the road once again. Frontman Booga Beazley tells Kirsten Johnstone that the band are “back for good.”

The man whose given name is Nigel Beazley agonised over the songs for this mixtape.

“It was quite hard selecting, I wanted to pick some things that influenced me from quite a young age.  I didn’t want to pick anything that I’ve been listening to now. It’s gotta be stuff that got me going back then”

Black Sabbath, Twisted Sister and Motley Crue were Beazley’s adolescent soundtrack. As a boarder at Wairarapa’s Rathkeale College he “listened to Motley Crue religiously, everyday. I wanted to be in a band because of them. I thought Vince Neil was a god.”

A fellow Rathkeale boarder from a rival house was not as convinced about the talents of Motely Crue and told Beazley so in parlance fitting of a single-sex boarding school in the late-80s provincial New Zealand. Beazley explains the environment where “homophobia was wickedly rife at boarding school, it was dangerous territory.” So Beazley, naturally, responded in an equally mature way.  “I looked up and I saw this dude hanging out the window and I yelled back ‘Iron Maiden wears spandex!’. After that I walked into his house and introduced myself and he says “I’m Nigel too” and we started listening to music together.

In 1989, Nigel Beazley and Nigel Regan began playing music together. The former was put on singing duties because “he couldn’t play anything” but Regan “could.” And so Head Like a Hole was born. 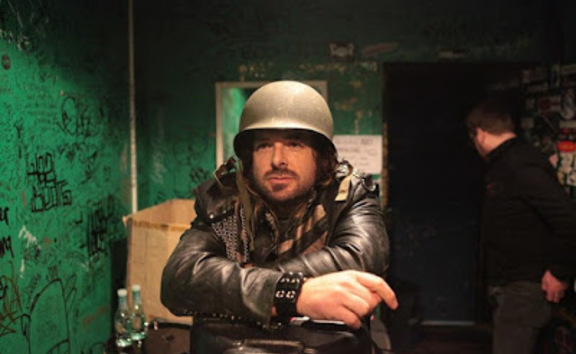 The costumes - or lack of in Regan’s case; as he is renown for playing gigs with only knee and elbow pads -  the theatrical and anarchic shows were the band’s reaction to the bland live musicscape of late 1980s Wellington. Beazley laments the same tired cover songs blaring out of the city’s bars and pubs and explains what underpinned HLAH. “We took it upon ourselves to not only start a band, and we thought that if sound terrible, we can look good doing it.” 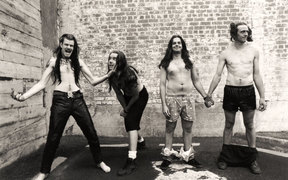 Kirsten Johnstone catches up with Booga ahead of the reformation of HLAH. Audio