Strong growth in music industry revenue, but local content only makes up 7% of streaming 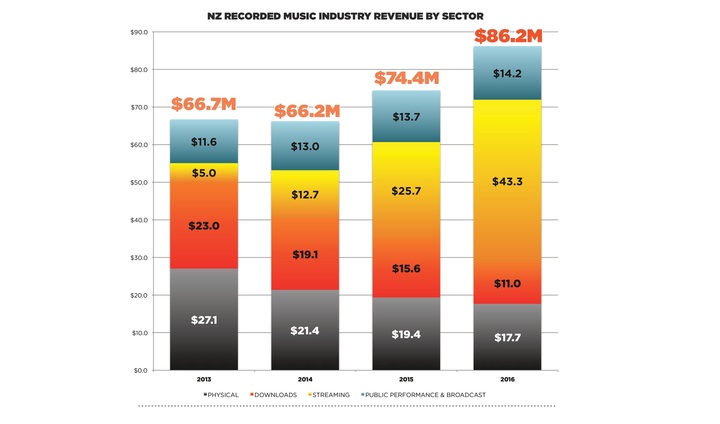 Recorded Music New Zealand released figures this week showing double-digit growth in revenues for the local music industry for the second year running. Revenue is up 16% on 2015 with 2016's figure sitting at $86 million.

Streaming has been the main driver of growth, with streaming revenue skyrocketing from $5 million to $43 million in the last four years. The lion's share of streaming takes place on Spotify.

But how much of this money actually stays in New Zealand?

Damian Vaughan from Recorded Music New Zealand says we don’t know how much of the revenue is retained locally and how much is sent overseas, but he maintains that a substantial chunk stays in New Zealand with local businesses that sell international recordings. 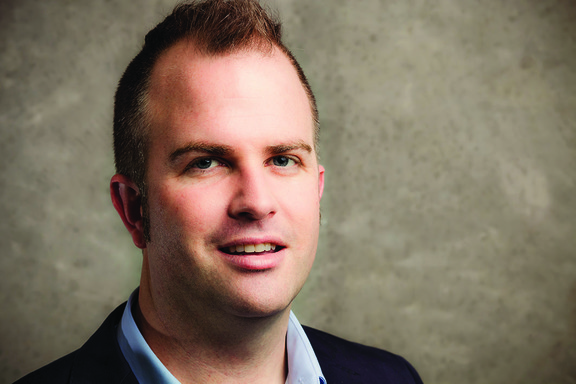 In terms of volume, Damian says, "New Zealand content is anywhere between seven or eight percent and twenty percent on any of the given platforms [streaming, public performance and broadcast, physical sales, and downloads].”

When it comes to streaming, the proportion of New Zealand content is on the lower side, sitting at about seven to eight percent.

Damian says, “Downloads is probably higher, in the early teens, physical products would be around about the same, and radio is slightly higher than that … That situation hasn’t changed much in the last five years."

Radio’s relatively high level of New Zealand content is the result of years of goodwill and negotiation between the music industry, NZ on Air, and the Radio Broadcasters Association. No such goodwill exists with streaming services.

Damian says, "With radio there is a voluntary agreement with the commercial broadcasters about a percentage of New Zealand music on air. With [streaming], when it’s up to the consumer to choose the music, the strategies there are difficult ... Spotify and Apple Music do have curated playlists, they do have recommendation engines, but it’s still up to the consumer to choose.

"I liaise and work with the people at those organisations and yes it’s true that they don’t have a local person on the ground in New Zealand, but that is likely to change in the foreseeable future. They’re well aware of the importance of having a local presence of local music on the platform."

Unless showcasing New Zealand music does become a priority for streaming services, we are likely to see local content continuing to languish on these platforms, with major labels continuing to dominate curated playlists.

Damian doesn’t think it’s all doom and gloom though, "Overall I think it’s a very positive story there’s more money back in the industry. We are an industry that has weathered decline and change over many many years and we’re not unique in that.

“Radio and other media have all had to weather and transform through the growth of digital platforms and New Zealand’s not unique. It is the same story in many other territories around the world."

One of the other interesting things to come out of the figures is that vinyl is continuing to grow in population.

Damian says, "Vinyl accounts for nearly fifteen percent of all physical sales, whereas a few years ago it would have been less than five, even as low as two or three percent. There was a stage in the mid to late 2000s where it might have died completely, but there has been a complete resurgence over the last five years."

The revenue figures release by Recorded Music new Zealand don’t include money from gigs, live performances, or any fees that bands would derive from playing at a venue. It also excludes the composition and songwriting aspects of the business, which is any income derived from publishing or the use of what's called a 'musical work'.