Wellington's elusive producer Lord Echo invites Yadana Saw into his home studio for a first listen of Harmonies, his new album that has taken him into the subways of Osaka via a less-than-harmonious emotional journey. 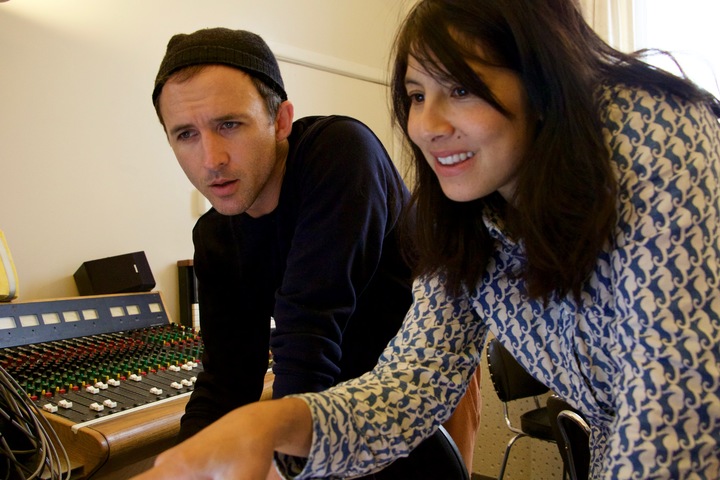 “Painting houses is exactly what I have desired for the last while.”

This is not what you’d expect from an artist on the eve of the release of their latest album.  Especially as a recent Instagram post showed Harmonies promoted on billboards in a Japanese subway station. 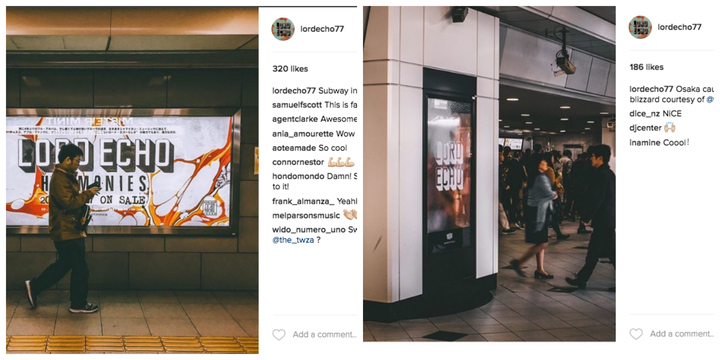 It’s hard to imagine any New Zealand artist, particularly one who specialises in the obscure genre of afro-disco-rocksteady-club music being promoted like that on home soil. Or, for that matter, that an Osaka subway passenger might believe that the artist on the billboard is pursuing house painting back in their native country.

How do you reconcile that? “Well I’m glad this interview won’t be played on Japanese radio.” replies Lord Echo.

Harmonies has been a long time in the making - as the Lord himself concedes. Over that time the former Black Seeds guitarist has been on his own quixotic expedition, part mid-life crisis, part seeking technical perfection and a good dose of self-doubt. 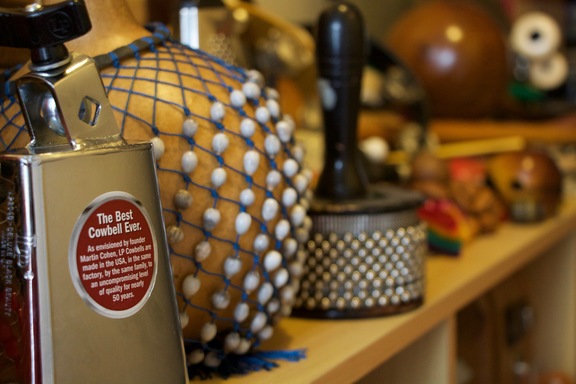 “There’s a point you get to where you’re just like ‘What am I doing?’ What have I been doing?’ How do I keep on going?’...and on a purely technical level of recording music I had just thought that I would be better by now... When I was recording this album, I was living in the industrial zone of Lower Hutt by myself underneath a plastics factory...it was quite a strange part of my life.”

In Mike’s estimation house painting fulfils the need “to use his hands”, which he likes to do, and add structure to his life “to just take me away from this crazy world of music” he says, decisively.  It seems a way to quiet his ever-active mind, a mind that set himself the challenge to master technical aspects of recording and engineering music. 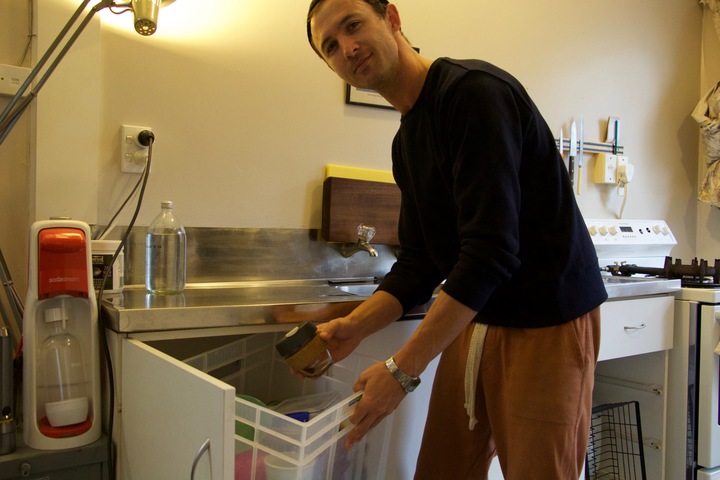 “Being able to record and specifically mix music well.  Recorded music is not really a subjective thing...some records some sound terrible everywhere no matter what the conditions and some records sound amazing and you think to yourself ‘why is that, and how can I make my music sound like that?’”

His approach has been to play his mixes in the “acoustically challenging” environs of the Matterhorn bar and restaurant.  Confident that he had figured out the optimal audio production to sound like one of the many great recordings he wished to emulate, the experience often left him disappointed,

“It’s so frustrating and painful, I think ‘Yes! I’ve got it! I’ve really done it this time!'...and it just sounds like rubbish, and I keep getting my hopes up and keep doing it for months on end.”

I question his obsessive, perfectionist approach suggesting that audio engineers and technicians are specialists, whereas the creative process of songwriting and performing should be where the Lord applies his energies, as the dancefloor punters can’t really care that much about whether hi-hats in ‘The Sweetest Meditation’ are sounding as good as can be. He quickly admits that I do have a point, but then goes on to explain how his recording of the hi-hats was not ideal. I provide ethnographic evidence, reminding him of the ecstatic crowd enthusiastically dancing through his live performance that closed this year’s WOMAD Taranaki, and still he reasons.

“I want to be good at both being a technician and musician,”

“Name one person who has successfully bridged both.” I counter.

This all begins to make sense as we listen through Harmonies. There is a constant rocksteady skank that may incite PTSD in those who are allergic to any form of the bemoaned “Welly-dub” sound. But it is a rewarding listen as the percussive sparkles, heartbeat bass rhythms, warm horns and synthesiser accents of the Lord Echo sound palette take over. For a third time he has turned to his regular collaborators Lisa Tomlins, Mara TK and Toby Laing whose voices lend an authentic, soulful sweetness to the collection of songs.

While recording this final instalment of his fifteen year trilogy of similar sounding, similar looking and similarly named albums (Melodies, Curiosities, Harmonies - “It did take a bit of discipline to keep going with this stupid idea”) Mike played guitar on Brooklyn, NY band The Frightnrs’ album at the respected Daptone Studios. The experience seemed to be bittersweet for him, rather than feeling proud of his achievements he instead realised the gulf between him and other players, and of course, other producers.

But this US-jaunt found him a mentor in Dap-Kings founder and Sharon Jones’ producer Victor Axelrod, who has also worked with Mark Ronson, Amy Winehouse, Lily Allen and Robbie Williams. “It’s the happy part of the story,” says Mike.

“I’m working away for a year or two on mixing this record...Victor’s given me the knowledge and I’m trying to figure it out and it hasn’t happened. And then in the last month, ‘Bam!’ something clicks in my brain and the next day I can hear music differently!...Who would have thought that I could hear it differently overnight!”

Harmonies is out now on Soundway Records.