A fixture of Wellington's musical landscape, a pioneer in this country's experimental and jazz scenes, Drummer Anthony Donaldson joins Kirsten Johnstone armed with a clutch of rare records for the mixtape. 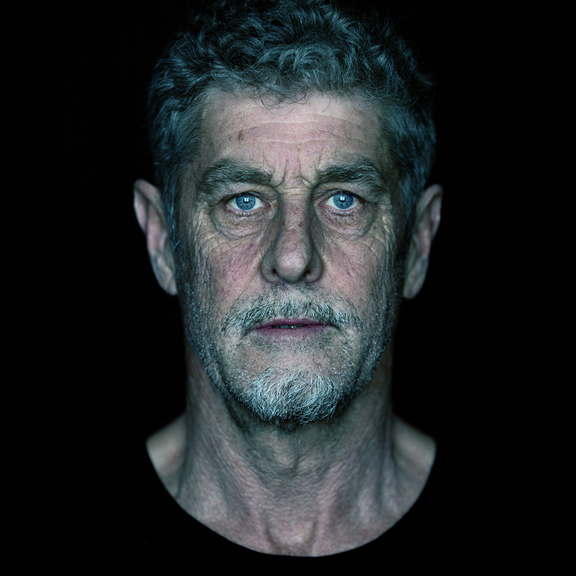 Anthony Donaldson is excited about his latest band - "I'm rapt, actually, to be in a rock band at 60 years of age. And not just any rock band, but a GOOD rock band." He's talking about Teeth, which he's formed with Phoenix Foundation's Luke Buda and Tom Callwood, and ex-Muttonbirds guitarist David Long. They have their first album coming out on April 22nd, which Donaldson says was recorded over just two and a half days.

"Any music I'm in, nowadays, it's got to have energy. As a drummer, I think I'm peaking, so I'm really concerned, and looking at what music I'm playing, and Teeth's really important to me, cos it's a legitimate rock band."

He's spent the last 40 years honing his technique, and reckons his musical vocabulary is more extensive than most. He has been at the forefront of the improvised music scene in Wellington since forming Primitive Art Group in the early 80s. With The Six Volts, he held a long residency in a bar playing mainly covers with a sense of playfulness, alongside his brother David and Janet Roddick, who went on to form Plan 9. He's been in The Labcoats, alongside members of Trinity Roots and Fat Freddy's Drop. He's put together various incarnations of The Village Idiots, a carnivalesque collaboration containing turntables and trombones. He's appeared on over 40 different recordings, but he's never counted the bands he's been in - they could number in the hundreds.

"Avant-garde, free jazz, all these terms no longer resonate with me, they just confuse people in a way. I can remember a concert at the Town Hall, it was The Primitive Art Group, and two other groups - high end jazz groups. They didn't give us the time of day, in the green room. We were nobodies. We're not legitimate. Can't play time, can't play in tune - that's their logic." But for Donaldson and his fellow players, these were conscious choices, perfected through many many hours of rehearsals.

"All the best jazz musicians, that have ever played, can all improvise properly. In 1958, when avant-jazz was starting to creep in, every single player, could play free."

It's been hard for Donaldson to narrow his choices down to just six or seven songs, and he's still finalising the list when he comes in to RNZ. He's settled on some of his favourite jazz cuts, one of his own bands, and an oddball Hank Williams cover by The Residents. You may not hear any of it anywhere else, or ever again.