Living Colour: vivid as ever 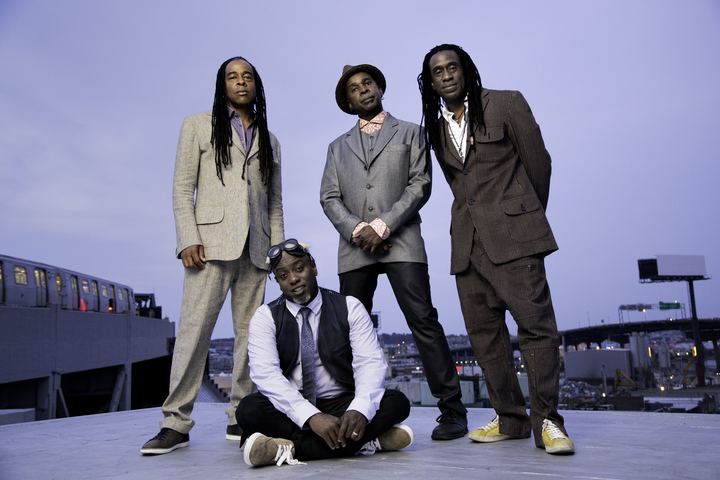 When Living Colour stepped onto the rock stage some three decades ago, their sonic power and instrumental prowess were impossible to ignore. In Vernon Reid they had a genuine guitar hero. They also had a bona fide rock anthem in ‘Cult Of Personality’, one of the standout tracks from Vivid, their Mick Jagger-produced debut album.

And yet if there was one thing remarked upon more than any other it was this: Living Colour are black.

They weren’t the first black rock band nor the only black rock band. Nevertheless, it was something that stood out in a world where musical genres still seemed to be organised along racial lines; where black rock bands – at least ones with major label contracts - were rarer than white rappers, never mind the fact that ‘rock’ had been largely the result of white bands imitating black musicians in the first place.

Today, Vernon Reid seems as incredulous as ever that this should have been the case.

“For us, it’s not ‘Wow!’, because rock music, to me, is like jazz music, like blues music. It’s part of black culture. So I never accepted the crazy premise ‘Oh my god! You’re playing rock!” I mean, yeah of course! It’s the way music is supposed to be.”

A child of West Indian immigrants, Vernon Reid grew up with an eclectic musical menu: the calypso of Mighty Sparrow, Britpop of The Beatles, the blues of BB King, the funk of James Brown and jazz fusion of Mahavishnu Orchestra. The first concert he went to was by George Clinton’s Funkadelic. 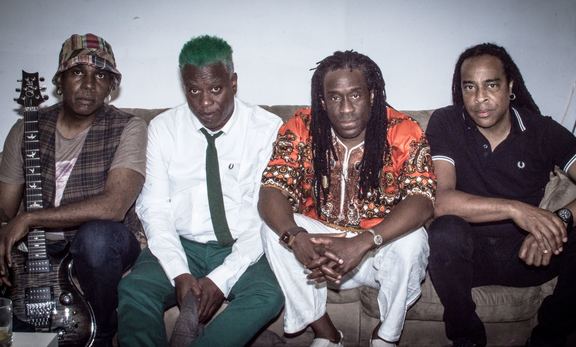 Vernon came to his signature instrument later than most in his guitar pedigree. After a few false starts, “the guitar kept haunting me and then I picked up again when I was 16 and it changed the course of my life”.

Vernon cites an old school friend, Raymond Jones, as being responsible for his dropping out of his industrial design studies (“I was into visual arts and comic books”.)

“We met in the back of history class and his dedication to music really inspired me. He was the guy when you asked ‘What do you wanna be when you grow up?’ he just said ‘I am a piano player’ He was so serious about it.”

The next time Vernon ran into his friend was when Chic was playing at a local club. “I remember going to a concert and seeing my friend from high school onstage playing with Chic, who was all over the radio. It was crazy. He’s actually playing the Rhodes - the electric piano – part on ‘Good Times’? The song that kinda launched hip hop.”

So when did Vernon finally call himself a guitar player?

“It was portfolio day [for his design course]. I didn’t go. I knew if I went I would just have to put the guitar away.”

He reflects on the certainty with which his adolescent mind was made up. “When you’re young these things are all or nothing at all.”

Bass player Doug Wimbish didn’t become part of Living Colour until 1992, when he replaced Muzz Skillings. He had already had an extensive and eclectic career, having been part of the studio team behind the pioneering rap and hip-hop label Sugarhill Records, playing on such seminal recordings as Grandmaster Flash and the Furious Five’s ‘The Message’.

When he got the call from Living Colour, the biggest challenge wasn’t necessarily finding a place in their musical style, but rather finding room for a full-time band in his already busy schedule.

Why did they choose Wimbish? “I got the gig because I must’ve put off enough of a frequency [In the audition]. Forget the notes, put the notes to the side. It’s the frequency. What else can you bring to a conversation that makes things stronger? At the same time, I got the call to do the Rolling Stones. I gave up the Rolling Stones to do Living Colour.”

Wimbish stayed with the band until it broke up during the recording of their fourth album in 1995, amid musical and managerial differences.

In the grand scheme of things, Living Colour weren’t away for long. An informal reunion took place at CBGB in December 2000, when Reid joined Wimbish and drummer Will Calhoun onstage; in 2003 a fourth album (Collideoscope) was released; by 2006 Living Colour were back on the road, and have continued to tour and record intermittently ever since.

Are they still relevant? In some ways uncannily so. Just listen to singer Corey Glover’s lyric to ‘Cult Of Personality’:

Only you can set me free

I sell the things you need to be

I'm the smiling face on your T.V.

I exploit you still you love me

I tell you one and one makes three

Vernon Reid agrees. “’Cult of Personality’ is exactly what we are living under. It’s crazy-town. I say to myself every morning ‘Prince is dead and Donald Trump is the President of the United States. What?!’”

But their new recordings might be just as pertinent. Late last year they released a cover of The Notorious B.I.G.’s ‘Who Shot Ya?’, with a video that compiles incident after incident of black Americans who have been killed by guns, and compares these with statistics related to terrorist attacks on US soil. The video clearly conveys the frustration of those who have campaigned for a change in the country’s gun regulations.

A wearied Vernon explains: “We’re afraid of the wrong things. We don’t attack the problem. I think the biggest problem is that if the story doesn’t fit a narrative that's expected we reject it. It’s kinda like the story of America is the battleground, and every band, every singer and every DJ, whether they know it or not, are engaged in that battle.”Though this meeting of five strong musical minds can still be volatile, Doug Wimbish says: “The thing is, each individual has a certain thing that they bring to this band and we managed to realise is how to make sure that everybody’s individual input is able to be involved in what’s going on.”

And he notes: “After you survive playing Sugarhill Records, playing with anybody else is like eating cheese.”