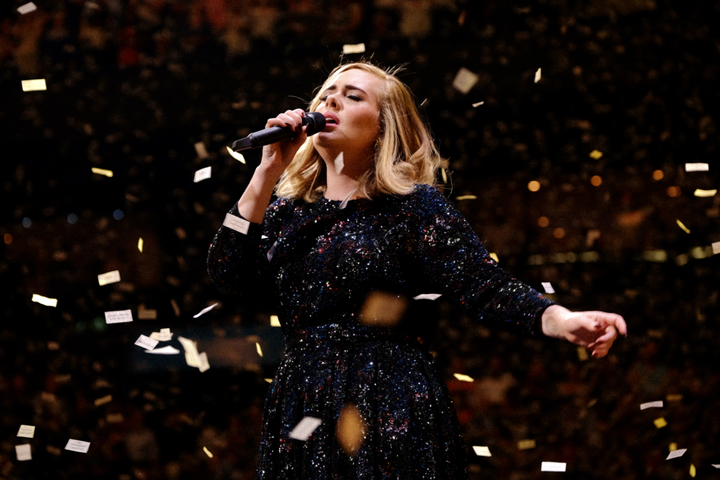 Things I didn't expect at an Adele concert: beetles in boots, a kiss cam, and two mentions of Hamilton.

Adele oozed familiarity. Her 360-degree stage allowed every single one of the 45,000 people at the sold-out gig to see her, whole and raw.

The concert was scheduled to start at 7.30pm sharp with Adele opting to not have an opening act. Instead there was an eclectic array of music playing over the hum of the crowd as people took their seats.

The audience was made up of a mix of concert-goers; daughters and mums, elderly people - some of whom were wheeled in - couples of all ages, and of course the clusters of girl friends.

Those signature Adele-eyes appeared on big-screens just before 8pm. The screens lifted, and the real-life version was centre stage singing her first song, ‘Hello’ from her most recent album 25. 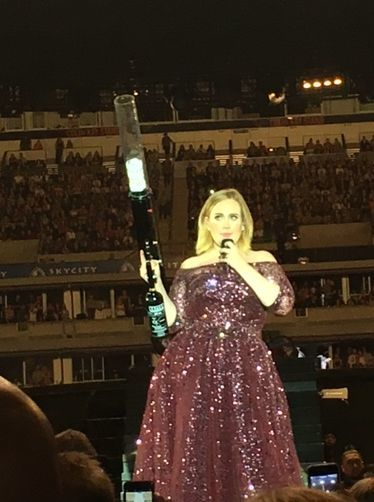 Her performances at the BRIT Awards, the Grammys, and on James Corden’s Carpool Karaoke are all memorable, but seeing her live allows an intimate experience of her voice: her husky tones and those powerful notes that she holds for an eternity without flinching. Adele's facial expressions lightened the mood of her heavier tunes. But it was the unscripted chats with the audience made everyone feel like Adele was their long-time best friend.

Early on she got us to sing ‘Happy Birthday’ to her makeup artist, Michael Ashton - who is a Kiwi from Hamilton! We're a sucker for a local connection, and the production team knew it. The images on screen while she sang 'Hometown Glory' were of the Sky Tower, One Tree Hill, the Auckland Viaduct and central city streets. If Adele didn't have you hooked until then, she had you now.

The concert was more than the songs, it was a live event extravaganza.

Adele gave away random spot prizes - a letter she had penned along with her photo - in a classic "it's under your seat" moment. Suddenly a loud scream from onstage, and a dribbling, quietly cussing Adele told us she had “been attacked by a hornet”. This was the beginning of several bug encounters where there were no insect casualties, these moments instead highlighted Adele’s abilities as an able comedic stand-up performer who had the audience in stitches. It was “classic Adele” showing she was one of us.

Adele dedicated her song ‘Make You Feel My Love’ to the lives lost in the London attack on Wednesday and had everyone waving their lit-up phones in support. The tone was sombre but fitting.

Standout performances for me were ‘Set Fire to the Rain’, where fireworks shot from the middle of the stage and everyone belted out the words, and ‘When We Were Young’, which displayed old family photos showing her as the cutest kid ever. 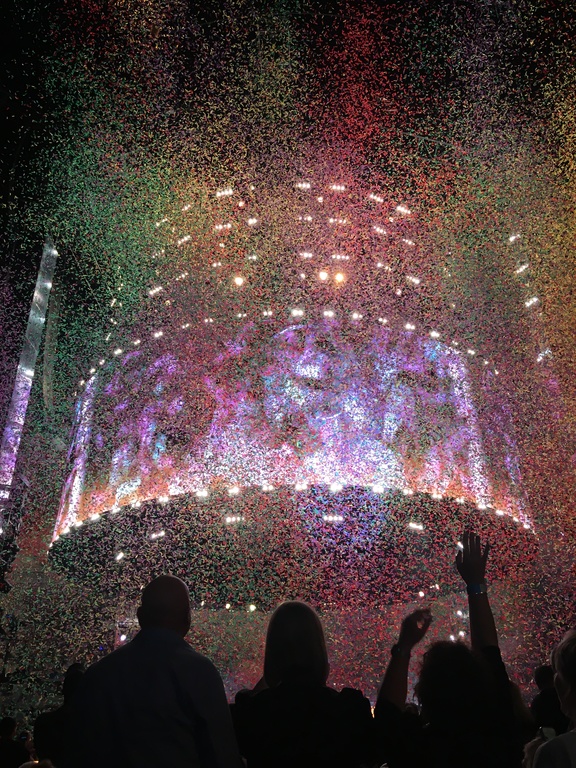 Seeing her mega-hit ‘Someone Like You’ in the flesh was a definite highlight. It sounded as fresh as it did when it was released more than five years ago. She explained the inspiration for the song - how she’d risen after a failed relationship. The beauty was in how something so private could be so relatable. Undoubtedly her best-known song, it was also the one that she finished on. She farewelled the crowd, walked down from the stage and out of the stadium. No one demanded an encore - we were sated.

As people filed out to buses and trains home, everyone was sharing their stories. I live in Auckland but I met people who had travelled from Australia and even Hawaii to see her. Even people who had been “dragged” along were impressed. She welcomed everyone in, entertained, laughed, praised, and then left. Not even the two-hour palaver of getting on a train after the concert could put a dampener on the night.

Adele plays at the Mount Smart Stadium on Saturday and Sunday evenings, completing her 107-date sold-out Live 2016 tour which has taken her all over the UK, Europe and North America. 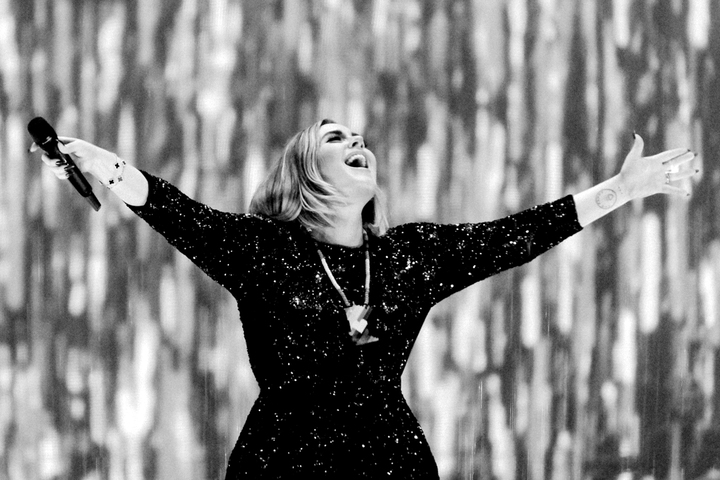