Must we be miserable to make music? 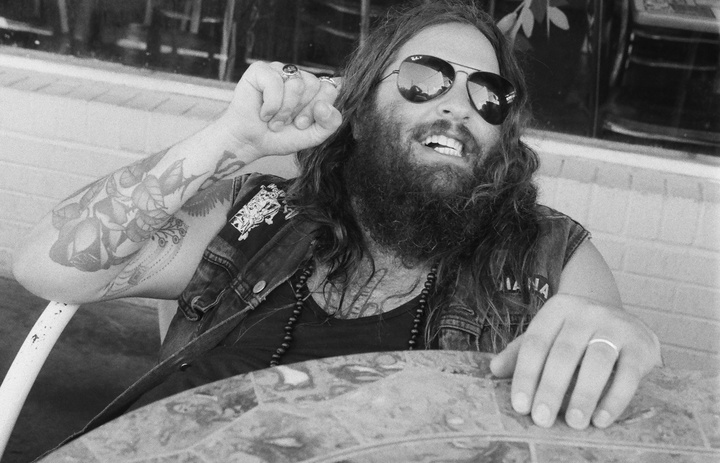 Timothy Showalter is sick of being the sad guy with a guitar.  His last album HEAL was an intense album dealing with the fallout of infidelity. Having reconciled his marriage Timothy was determined to make an album that celebrated his new life motto ‘loosen up’.

“When I was growing up you know my hero was Kurt Cobain. It’s imprinted on me that the only true art comes from struggle; the only true art comes from pain. I think of kids now who are twenty and they’ve got Mac de Marco and Chance the Rapper and I wish Chance the rapper had been my role model instead of Kurt Cobain, maybe I would have been dealing with less demons at this point. My last album Heal still felt like that nineties element was prominent, and Hard Love is just like ‘screw that, let’s get loose’”

He is still dealing with the sensitivities of his personal life however, six tracks into his new album Hard Love the album breaks from its rock roots and takes a left turn towards the very intimate with ‘Cry’.  The song is incredibly personal and was recorded in one take with his producer, best friend, and wife in the room for the vocal performance.

“It was one of the rawest things I’ve ever done.  In the studio, normally you record in an isolated recording room. For this one we set up the mic right in the mixing room where I had my producer, my best friend Jason, my wife all in the room and I sung it two feet away from them with the lights dimmed.  It’s one take, and that’s a hard note for me to hit and it’s not quite on pitch, and many other artists would have done it again or auto-tuned it, and we didn’t do any of that.”

“I’m not the most subtle person in the world. I have a tattoo saying SURVIVE down my forearm, when I go for it I go for it. Whether it be an ecstatic rock song or an emotionally stripped song like cry. I do get serious, I’ve been through a lot but what are you going to do sit down and be defeated by it or sit down and have an avocado margarita at 7AM in Texas after you get out of the river. After 34 long years I’ve finally got a bit closer to who I am and figured out how to turn that into music.”