Sampha makes an impressive solo debut after a series of collaborations with the biggest names in pop music. 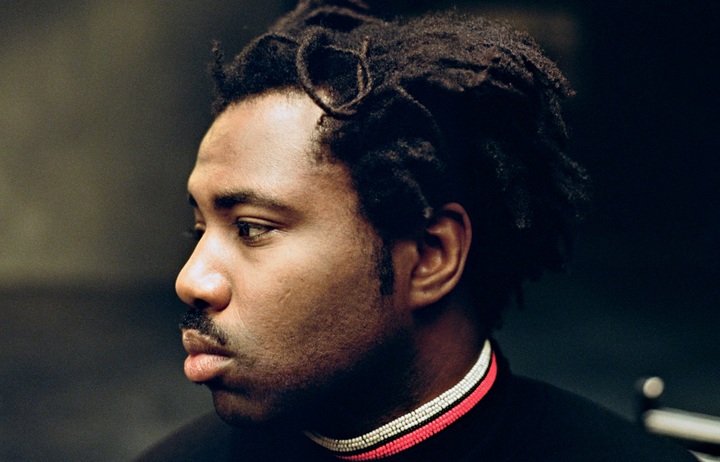 “I’ve taken something from everyone that I’ve collaborated with. Someone like FKA Twigs who is so confident in her own weirdness, or the stranger parts of her personality.  She fully embraces every part of herself. Working with people like Kanye, and seeing how confident he was in his own project, that inspired me to write my own album.”

Sampha Sisay has built his music career slowly, and his collection of collaborations building to his debut album makes for impressive reading.  Solange, Drake, Kanye West, Frank Ocean and Beyonce have all recruited the 28 year old Londoner, but his debut album Process the focus is inward, with personal stories propelled for the foreground.

Single ‘No one knows me (like the piano in my mother’s home)’ is a reflection on childhood, as well as a tribute to his mother, who passed away just two years ago. Surely singing a song like that each night on tour must be emotionally gruelling.

“I don’t necessarily re-live the loss.  It’s a memory for me that has a lot of emotion tied up in it, not just sadness and loss. For me I take the positive of being able to remember that emotion and that feeling every time I play it. For me the scariest thing is allowing something to fade away, not remembering how a particular moment felt or where I grew up.  And I also know when I sing that song that these lyrics are transcending me and my story, I know other people connect to it in their own way and bring their own story to it”

There have been many collaborations with many big names in the build up to his debut and his recent work on the Solange Knowles album A Seat at the Table was one that brought him significant creative satisfaction.

“We went to Ghana and New Orleans to record, I felt like she was really trying to connect with something deeper than herself in order to tell her story, that of a black woman raised in America. I felt that. I learnt a lot from being around her and the conversations I heard by being around her,  how she feels and how many people around her felt about political and social situations. Also to make comparisons between growing up in The US vs the UK and different experiences of being black people involved in an immigrant diaspora.”

All the collaborations have been a perfect training ground for his solo career, a self confessed shy guy, these days he can comfortably perform with confidence, for the biggest names in music and fans the world over alike.

“I feel like I know how to navigate the oncoming traffic I guess.  I think I’m more prepared to do that now than I was four years ago. Performing with SBTRKT for a couple of years definitely earned me my performance stripes, I’d say, in terms of going through any nervous type performance emotions. Now I’m able to let go of the anxieties a bit more.”